Who Built The Fountain of Gender Exchange?

I'm a Gygaxian naturalist, actually probably more than that, a verisimilitudinist, or even, gasp, a fantasy realist. Well, not completely. I have conflicting urges.

My undergrad degree was in biology and I come to the world wanting answers. I like knowing how things work and what to expect in given situations. I loved the old monster ecologies in the Dragon magazine and actually xeroxed many of them, putting them in a black binder-- my own Tome of Teratology. 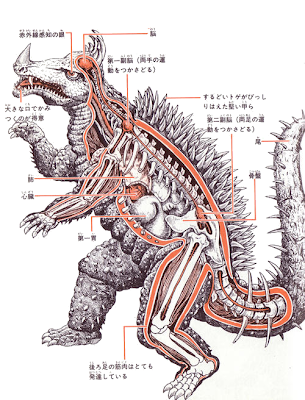 The old cliché of a giant crammed into a dungeon room or dungeons as menageries with no hint of an ecology, turn into the farcical for me. If I, as a player, stop and say: "Wait a minute . . . how did that get in here?" or, "what do these hundreds of orcs eat!?" then my suspension of disbelief has been broken. The sets come tumbling down. You ruined the mood.

And it's more than mood, it doesn't make for a good game. Without some sense of pattern, some sense of reason, players can't make rational decisions. How are we supposed to ration our resources and survive the dungeon experience if we open a small door to find 10 dragons? Now that's probably an exaggeration for the mature, experienced roleplayers of today, but I think this idea of things making sense applies to other features in a dungeon as well.

I think you can sum this issue up with the question: "Who built the fountain of gender exchange?" What is the reason for these things? Why did Zelligar have all those lovely pools in Quasqueton? And really, why was the megadungeon built at all? Who would go to the expense of excavating level after level of rotating rooms and chutes and random teleporters? The only answer seems to be madness; Zagyg was nutty. 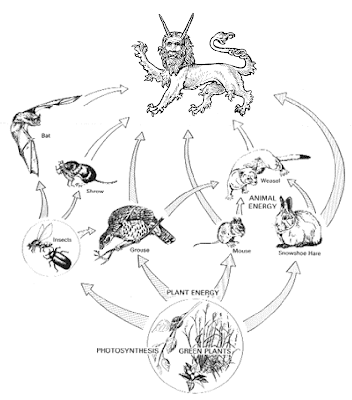 But here's the other end of the problem, no one wants to go exploring the post office. The magic, the Unknown, is sort of the point . I don't care that it might be impossible physics, I want my flying bears. And giants, and firebreathers, and shapeshifters.

The lack of the unknown makes for a bad game too. The uncertainty of what might happen is just as essential to player choices as rational boundaries. I mean, the last five rooms have been empty, but the next room could have 10 goblins arguing over a captive. Without randomness, you could plan out your resource expenditures on a spread sheet, dole out XP, and call it a night.

So what is the solution to this problem? I don't think it's an easy one. I think you have to find a balance between Reason and the Unknown. And I think people do a decent job of that. Zagyg was an acceptable solution, but I don't think the reason behind megadungeons can always be madness.

I like the idea of layered history: this was built by Dwarves, then used by a forbidden cult, then the lair of bandits, now abandoned to orcs. This allows you to add things in a dungeon that might seem random otherwise: features from different eras of time, artifacts of wildly different religions. So this could allow you to pack in some wonderous variety while adding to a sense of history and grounding detail.

I also like the idea of the quotidian distressed: the flooded monastery, the half-collapsed dwarven mine, the temple corrupted. This is similar to a layered history, the flooding had to happen sometime, but more than that, it uses one layer of rational description to add chaos to another.

But maybe this is all really about restraint; the chutes, and magic fountains, and teleporting pools, are more unnerving and effective when they aren't in every room.

(p.s. I'd still love to play a character trying to figure out things, like how many ounces of blood a week a stirge needs to survive, haha)
Posted by Telecanter at 9:08 AM