I've seen a few comments around about the OSR being too grim.  And while I feel like I am good at coming up with creepy ideas more in tune with the spirit of early fairy tales or a savage, swords and sorcery type world, I'm completely sympathetic to someone that wants to just escape this rough ol' world a bit when they play.  So, for those of you that want something more cute or fun, I promise to try and keep you in mind with my posts too.  With that in mind, here are six animal companions for your players to find, tame, or buy:

1. Blossom Moths - These moths the size of a fingernail are white on top and various colorful shades on bottom.  They perch on their owner in the dozens as a clump that looks something like a white mum.  When a stranger approaches, they burst into flight and flutter around their owner's head in all their color.

2. Long Fox - Two yards long or more, these creatures prefer to curl and clamber around their owner.  At a simple command, they will fluff up their silky-soft fur to its utmost, protecting their owner from even magic cold.

3. A Troupe of Hamsters - This dozen or so hamsters are found living in a keg fitted with straps to be carried on their owner's back.  The keg smells of sawdust and has a tiny door from which, when asked "Hey, what happened here?", the hamsters will trot out in little paper costumes and reenact whatever event happened in this location most recently.

4. Scout Gecko - Call its name, point to a room, and salute and this gecko will salute back, crawl ahead on walls and ceiling, and chirp when everything is clear.

5. Probable Pup - What is your favorite breed of puppy?   What a happy coincidence, that's the breed of this pup!  A single pup in your hands when scritching its belly or letting it gnaw your finger, when you set it down on the ground it blossoms into hundreds of pups loping and tumbling in every direction.  A roiling mass of pups covers the floor, but only where a pup wouldn't be hurt, so dangerous spots-- chute traps, trigger stones, snares, rotten flooring-- become quite obvious.

6. Golden Joke Frog - A tiny green frog will drop a coin from it's mouth once a session when told a joke.  Rumor has it, it will drop two coins for each joke if you've given it a cute hat to wear.

Posted by Telecanter at 7:10 AM 1 comments 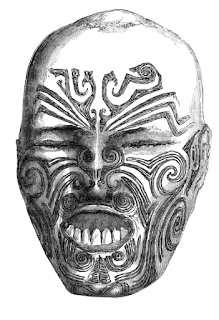 If the caster makes a mask of the face of someone slain, for as long as they wear it, they will know which direction to take to find the killer.

It's said that the cruel lich of the North, Two-Thumbs-Digging, mistakenly performed this ritual on someone they had killed themselves and spent their last days paranoid, confused, and traveling in circles.

Posted by Telecanter at 7:04 AM 7 comments 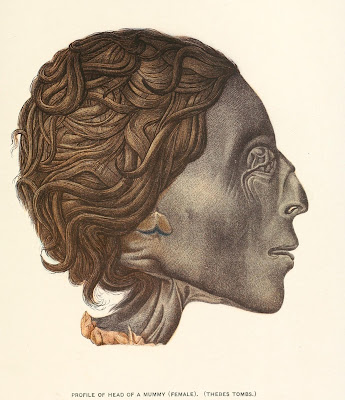 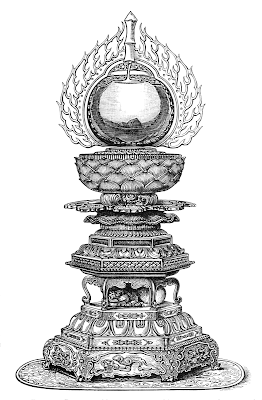 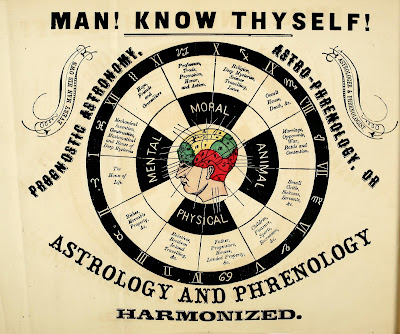 Posted by Telecanter at 1:14 PM 2 comments

The Traveling Shrine of Anyavati - A teak box as long as a tall man that is a shrine to a forgotten saint.  The front has several horn windows through which a small body can be seen.  It is difficult to see through the yellowish windows whether the body is that of a child or a tiny woman.  Both corners on the back of the box has a tumpline of braided black hair attached.  If two holy men carry the box using these tumplines anyone touching the shrine will be unharmed be demons, foul spirits, or undead.

Posted by Telecanter at 8:59 AM 4 comments

A sash of heavy linen with thin sheets of brass sewn into the front and back.  Inscribe that brass with the names of friends and hirelings who have perished in your sight to have a better chance of escaping their fate (+1 hit points for each name).

Posted by Telecanter at 8:01 AM 9 comments

Posted by Telecanter at 7:57 AM 3 comments 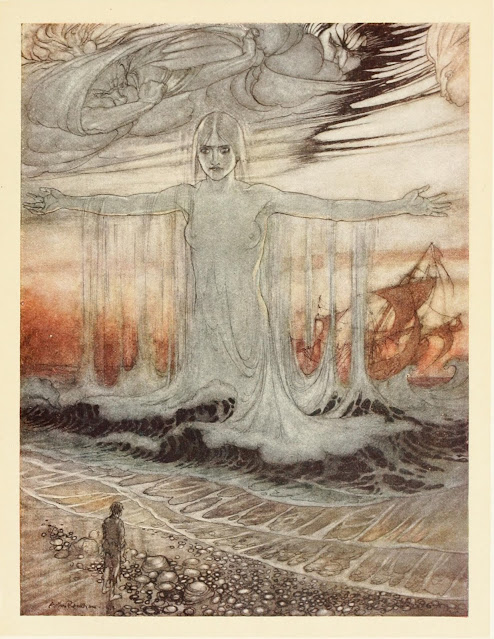 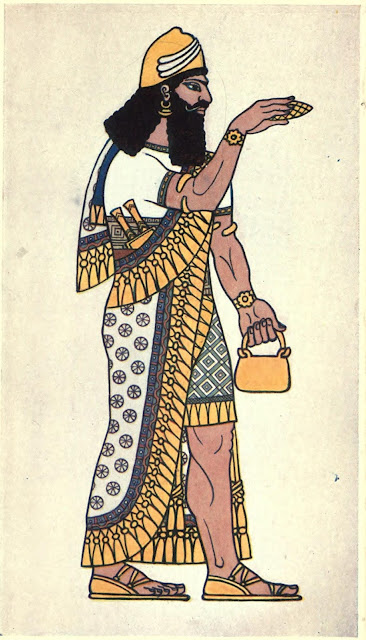 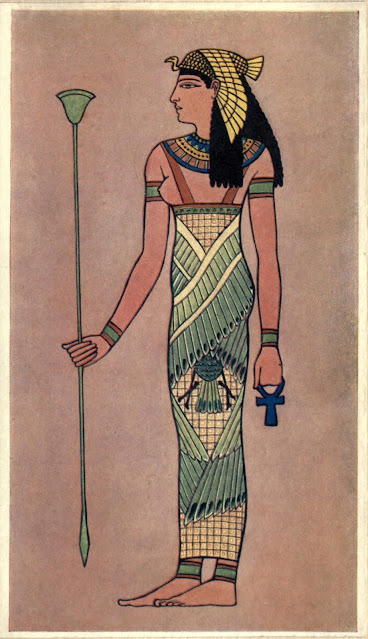 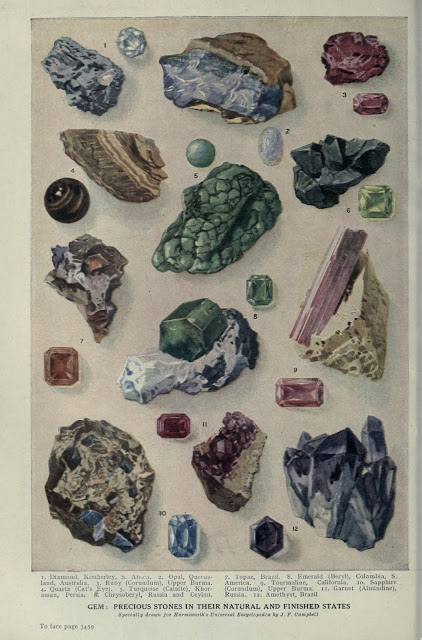 Reclusive Coffer - A small strongbox carved from a single oak burl that has a brass badge inscribed Plant me here, Harvest me there.  If buried, anywhere the burier digs they will find the coffer.  Each day it is left buried it is more likely to start whispering "Do you have need of me?" to each passerby.

Posted by Telecanter at 9:24 AM 3 comments

The Baker's Quittance - A lead coin the size of an open palm.  If it is baked in a loaf with a name whispered over it, the person named will forever see the coin as solid gold.

Posted by Telecanter at 8:20 AM 5 comments

Phoenix Breviary - A hand-size book bound in what appears to be black ostrich hide.  Its pages are empty.  Placed in a fire, the book will be unharmed and reveal the canonical hours of a banned cult for as long as it is surrounded by flame.  Anything written in it will disappear until revealed similarly.  Plenty of room in the margins or endpapers to add notes and maps.

Posted by Telecanter at 7:46 AM 3 comments

The Iron Poem and the Green Song

A silk vest in sea green and yellow made loose and light to be worn over armor.  When it gets wet it becomes as hard as a chain shirt while staying just as light as silk.

A long chain shirt masterly crafted with a pattern of large shell-shaped rings and smaller connecting circles.  When wet it becomes a white silk shirt with a silver pattern embroidered exactly like the pattern of the rings.

Known in stories as the Twins, these were meant to be worn together.  Once worn by a great pirate captain, they have been long separated and lost.

Posted by Telecanter at 7:54 AM 4 comments

An especially ornate sari with a small ivory peg sewn to one end.  The peg is meant to be pressed into soft earth to anchor it.  If caught in the wind, this cloth billows into a lifelike person able to gesture and converse.  It is likely to know about the history and geography of the location it was found in.  Stories say they can be found in male, female, and ambiguous representations, though all beautiful and exquisitely ornamented.

Posted by Telecanter at 8:56 AM 3 comments

Hello From the Great Dystopia

It's almost three years since I last posted.  It has been almost that long since I last played D&D.  Part of the reason is the lockdown, but also the two couples that were my core players recently had babies.  They are occupied with that cool adventure right now, otherwise I think I would have tried starting back up virtually.

I'm feeling pretty socially isolated and just wonder if there are any folks from the DIY gaming community still out there gaming and posting.  If so, I'm curious to here what platforms you are using to game and how it's going.  I'd also be interested if anyone has a good list of creative gamers still blogging (I never kept a blog roll).

Anyway, I hope you are well and finding some joy in creating and gaming with others.