My old blogging computer has finally died.  It had a good run, was a free hand-me-down I got from a friend when I came home from Poland years ago.  A Pentium 4, I've run Ubuntu on it ever since.  But, alas, all my gaming files are on it.  I am working towards getting the data accessible and reorganized, but that computer was a Linux box and the one I'm currently typing on is Windows which makes it more complicated.  What that means is a few posts I was working on are going to take some time to get up.

Boring, I know, have some pictures of double-action Colts: 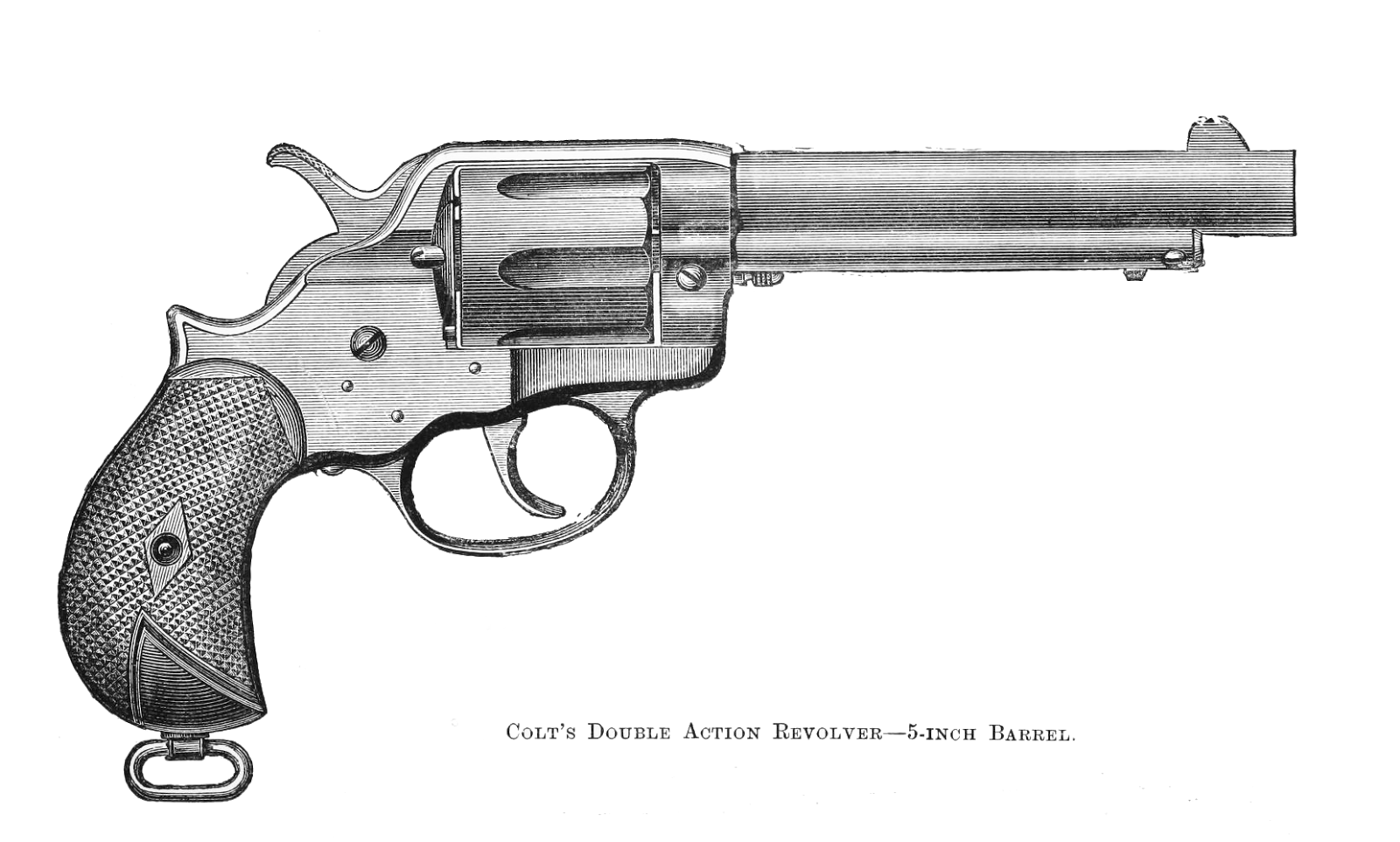 Small guns!  I'm pretty much psuedo-medieval adventure gaming all the time.  I feel like I could play D&D for a lifetime and not exhaust the possibilities, and yet, I still am really interested in other genres.  Gritty westerns is something I get interested in cyclically, re-watching Deadwood, or Unforgiven, or Tombstone.  Anyway, the other day I thought pictures of guns might be cool to write all the stats on and give to players in a Boot Hill type game.  Then I got really excited and went to Internet Archive to see what I could dig up.  It was a let down, because I couldn't find a lot.  I found more pictures of Webleys than anything else.  It's weird because you know old guns is something people are fanatical about, but I guess the right books haven't been scanned yet.  Anyway, here are a few small guns to start off with:

Colt's three derringers from oldest to newest , (oldest up top):

The first was available starting 1870.  I think they all used .41 rimfire rounds.

That last one is the only one that isn't single-shot.

More revolvers to come in the future. These pictures are all in the public domain. You can do anything you want with them. I'll add them to the zip file of all the weapon images eventually.
Posted by Telecanter at 12:09 AM 3 comments 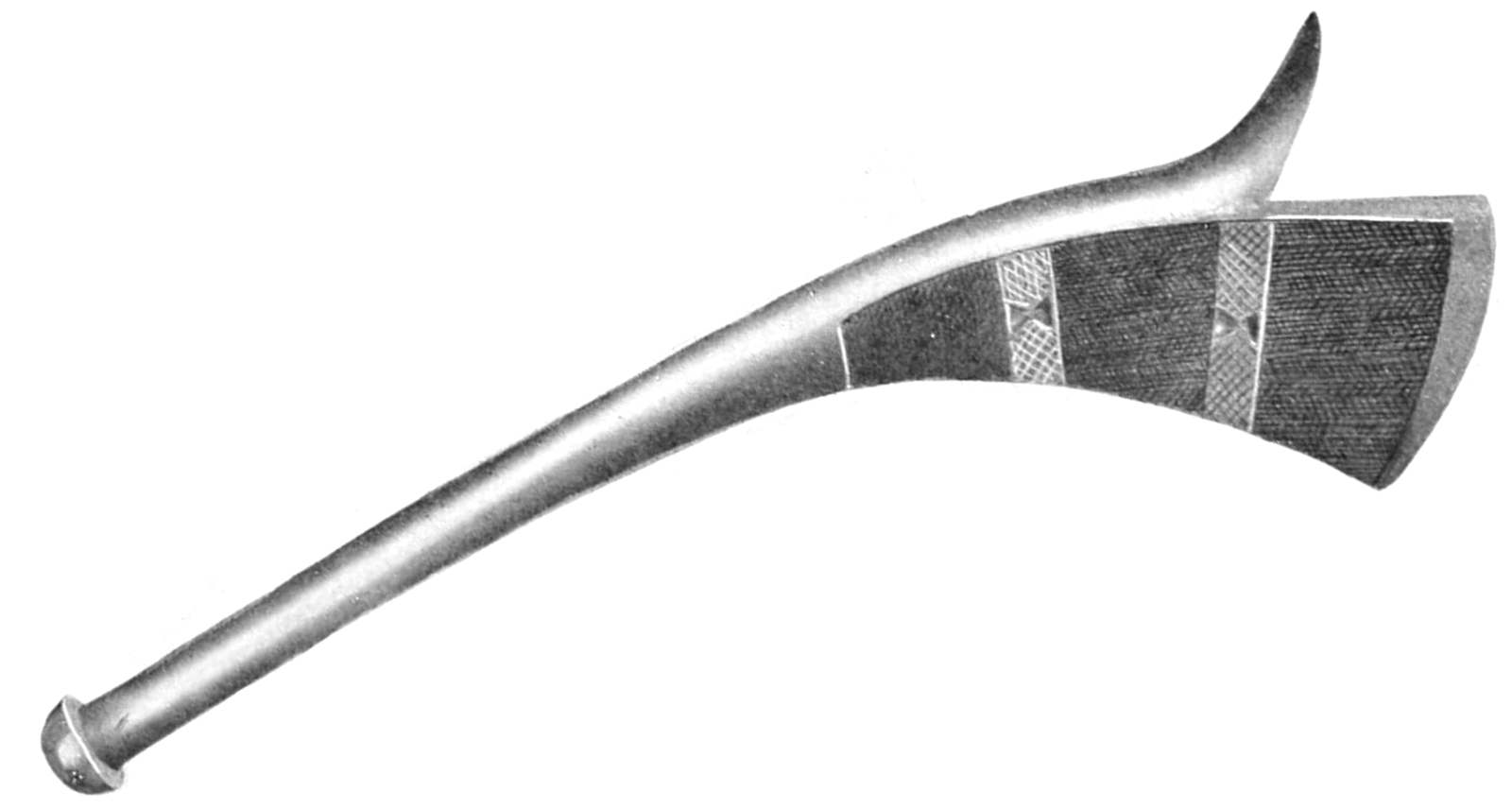 Posted by Telecanter at 5:41 PM 5 comments

These might look familiar.  Go here to see me come up with the ideas.

106. Valley of Graves - It's easy to miss that the low, woody shrubs here hide thousands of graves.  Each has a flat stone marked with simple runes, indicating how the dead were noteworthy.  Eat leaves from above a grave to attain similar attributes for a week.  (treat searching the graves as a library).
107. Carved Towers -There are twelve of these huge, natural boulders carved into simple temples.  The temples vary but have windows, benches, and a fountain.  Each month of the year the fountain flows and a warm lights appear in a different temple. Drinking from the waters will cause hostiles to always target you last, for as long as the water flows in that temple.
108. The Great Graven Tusk - A huge tusk emerges from the muck of a swamp.  It's scrimshawed with an ancient story.  At a particular hour of day the sun falls on a part of the story that causes flowers to blossom all around the tusk.  Wear the flowers in your hair and enemy blows will always do the least harm possible.
109. The Black Tears - At random times this volcano rains down perfectly smooth, tear-shaped bits of obsidian the size of a human head.  This makes travel here treacherous, but the tears are highly sought as scrying devices.
110. Carved Grove - This remote section of forest has crude figures carved in the trunks of the trees.  Visiting the grove will cause your own crude likeness to appear the next day.  Then, strangers will treat you as long-lost friends until someone else visits the grove and their likeness is carved.
Posted by Telecanter at 7:28 AM 0 comments

I thought these first dudes would work well in a Boot Hill adventure: 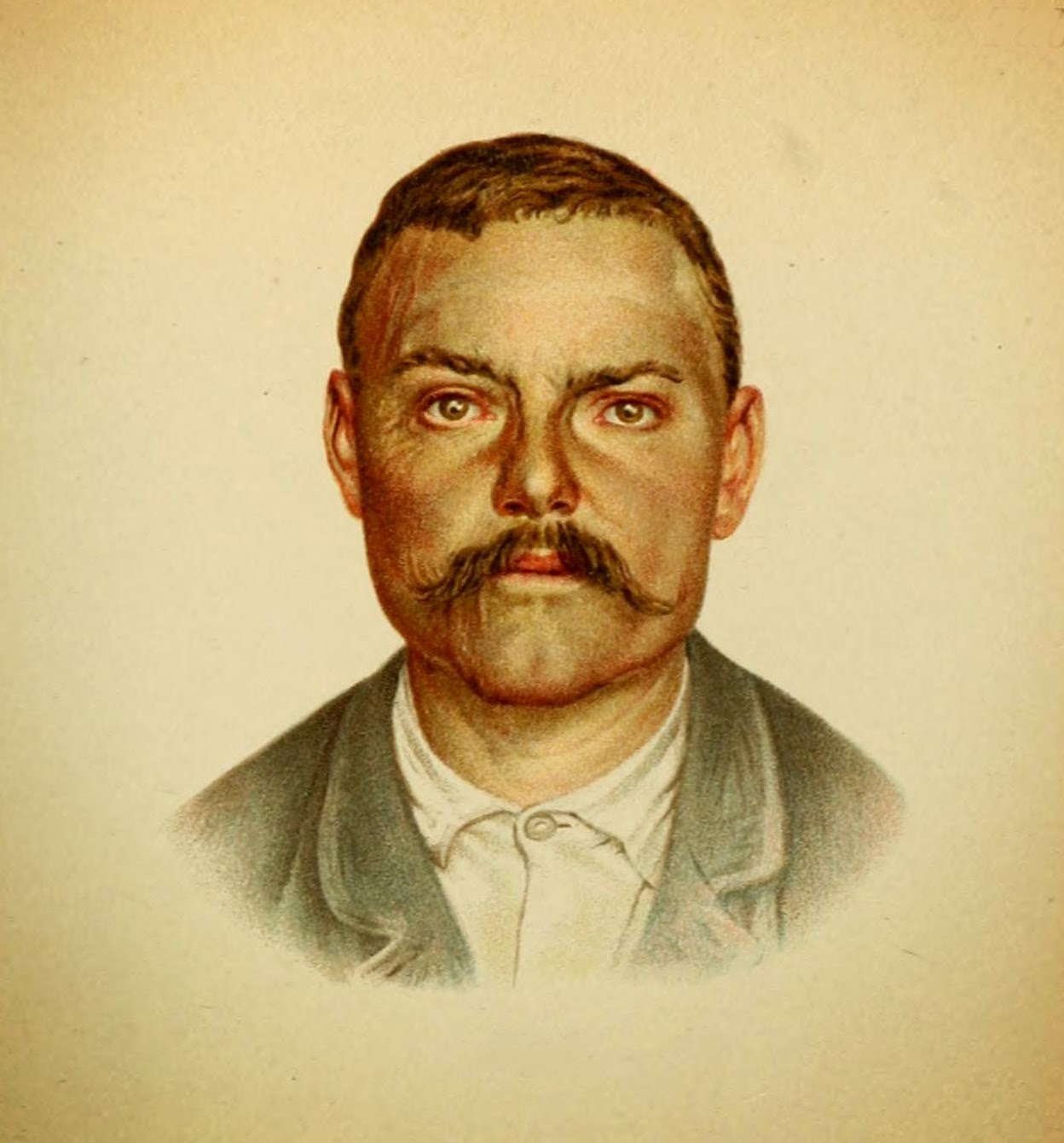 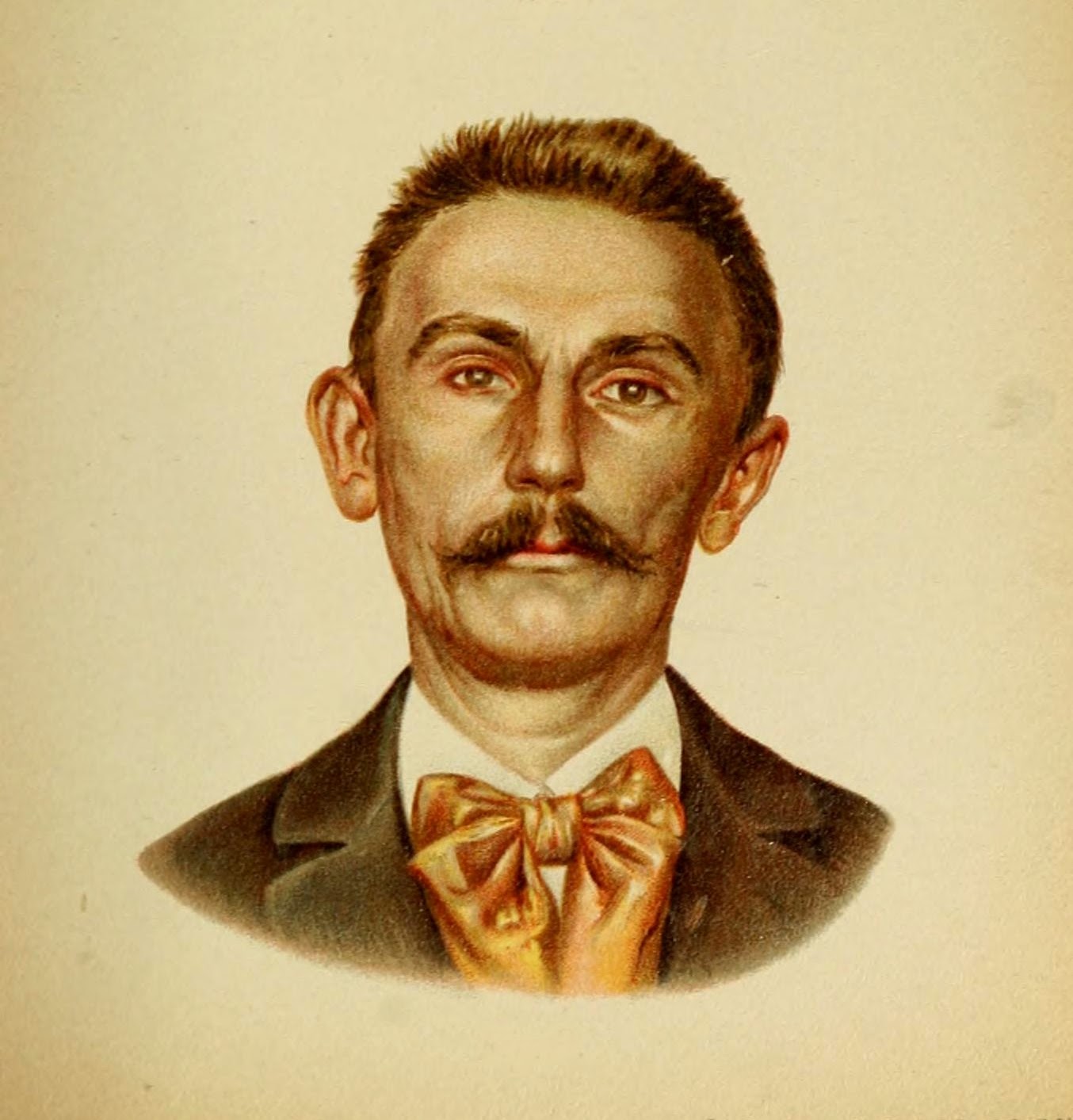 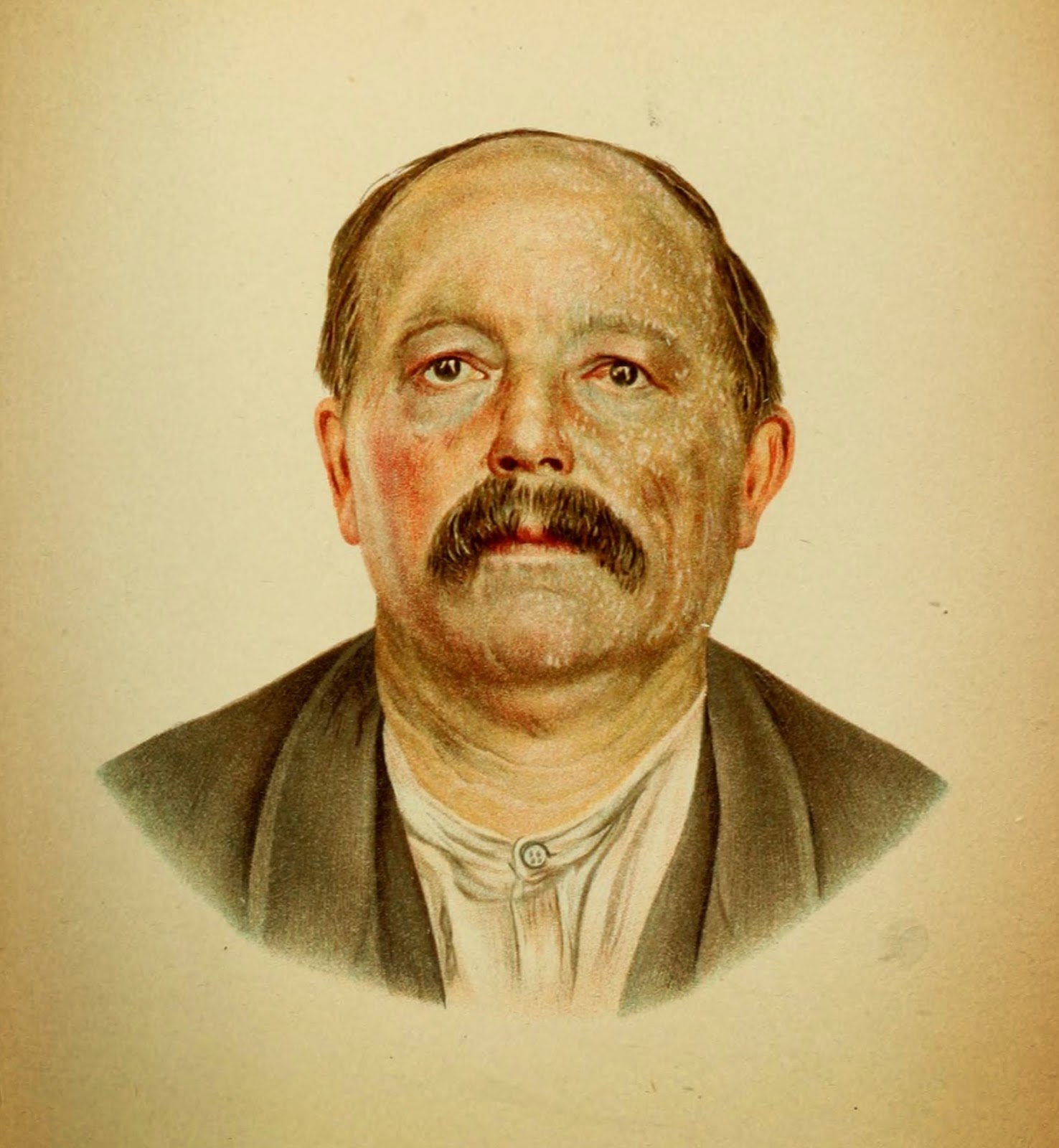 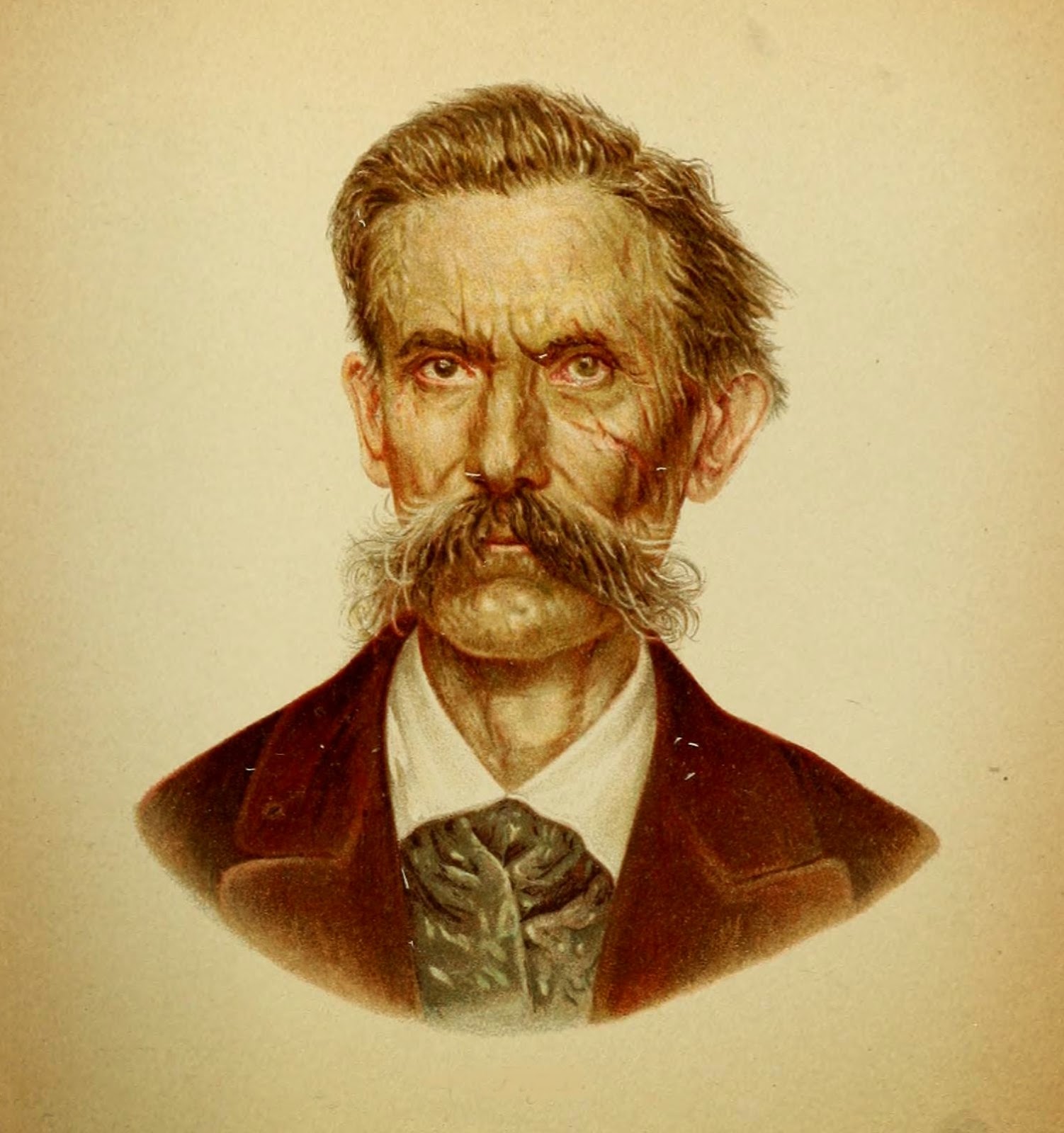 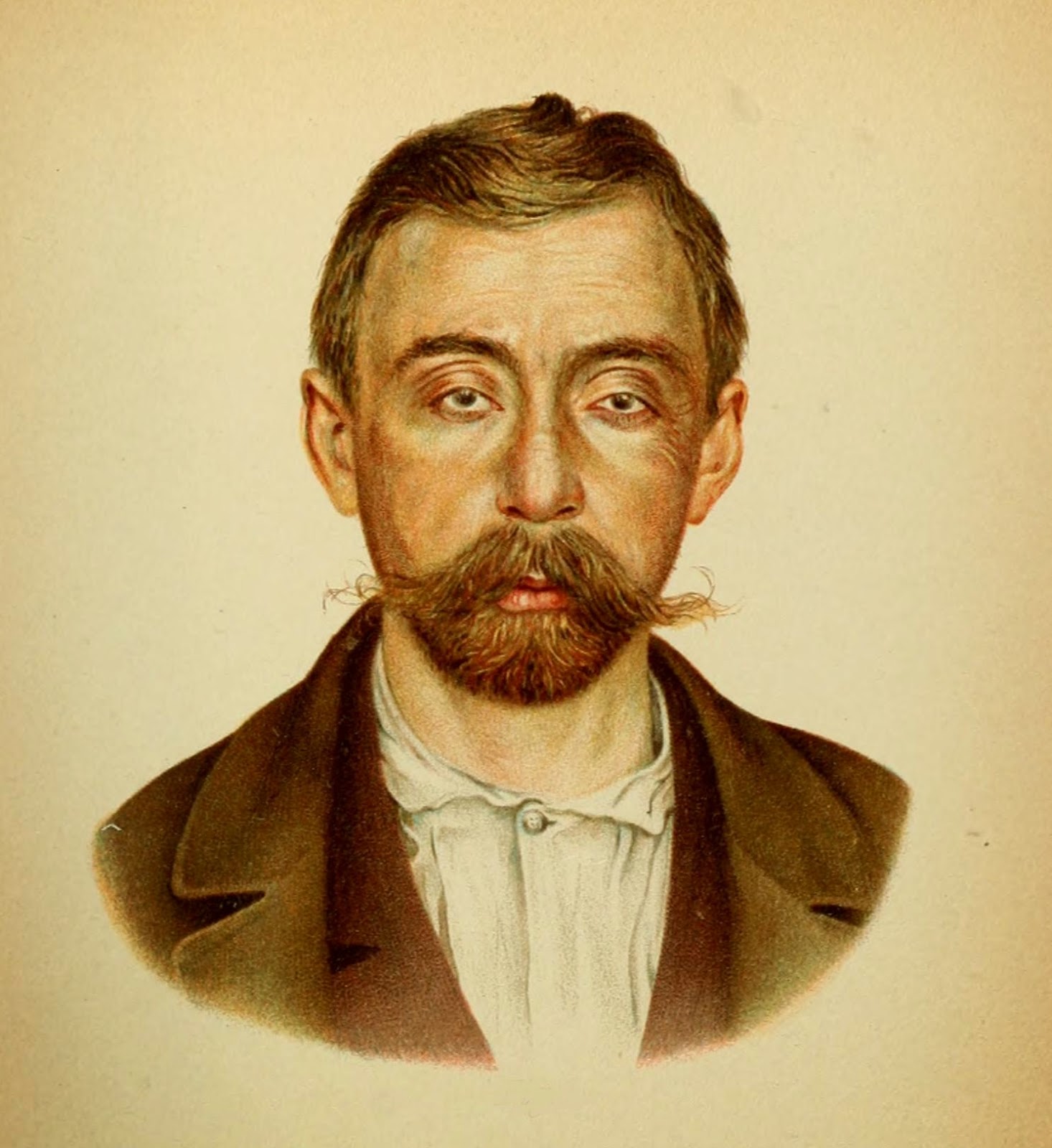 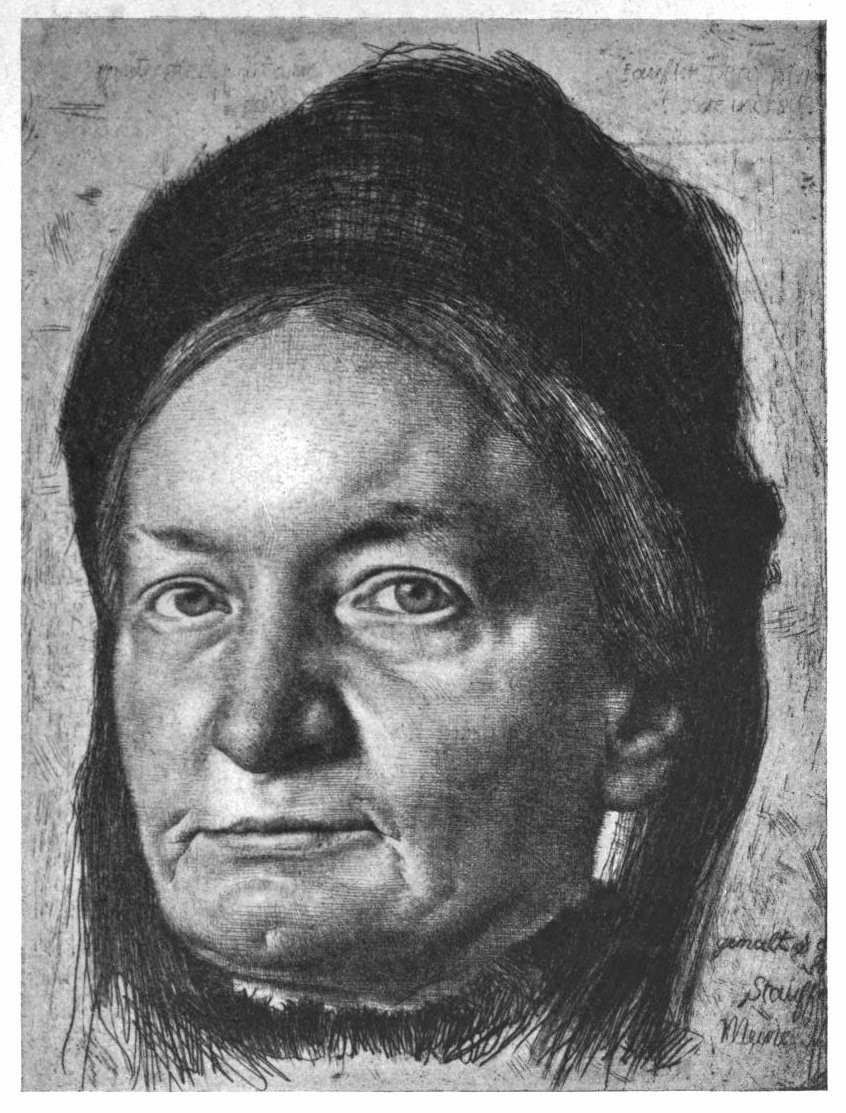 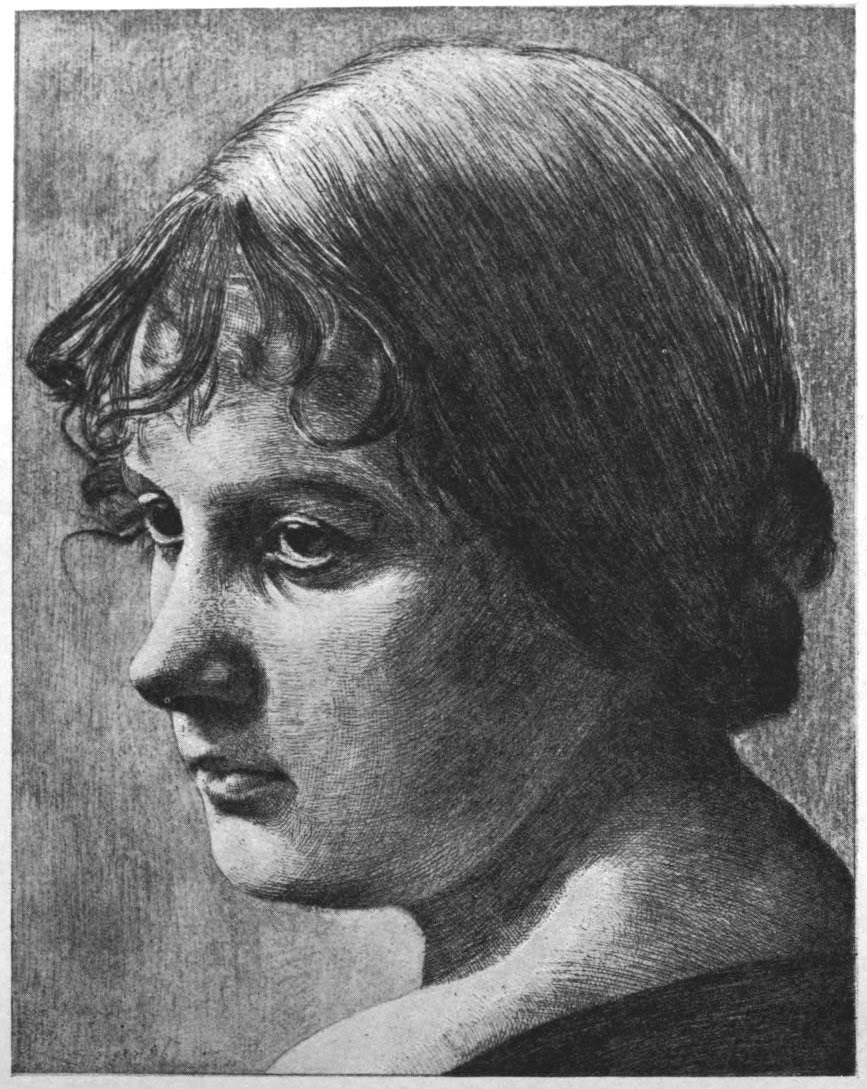 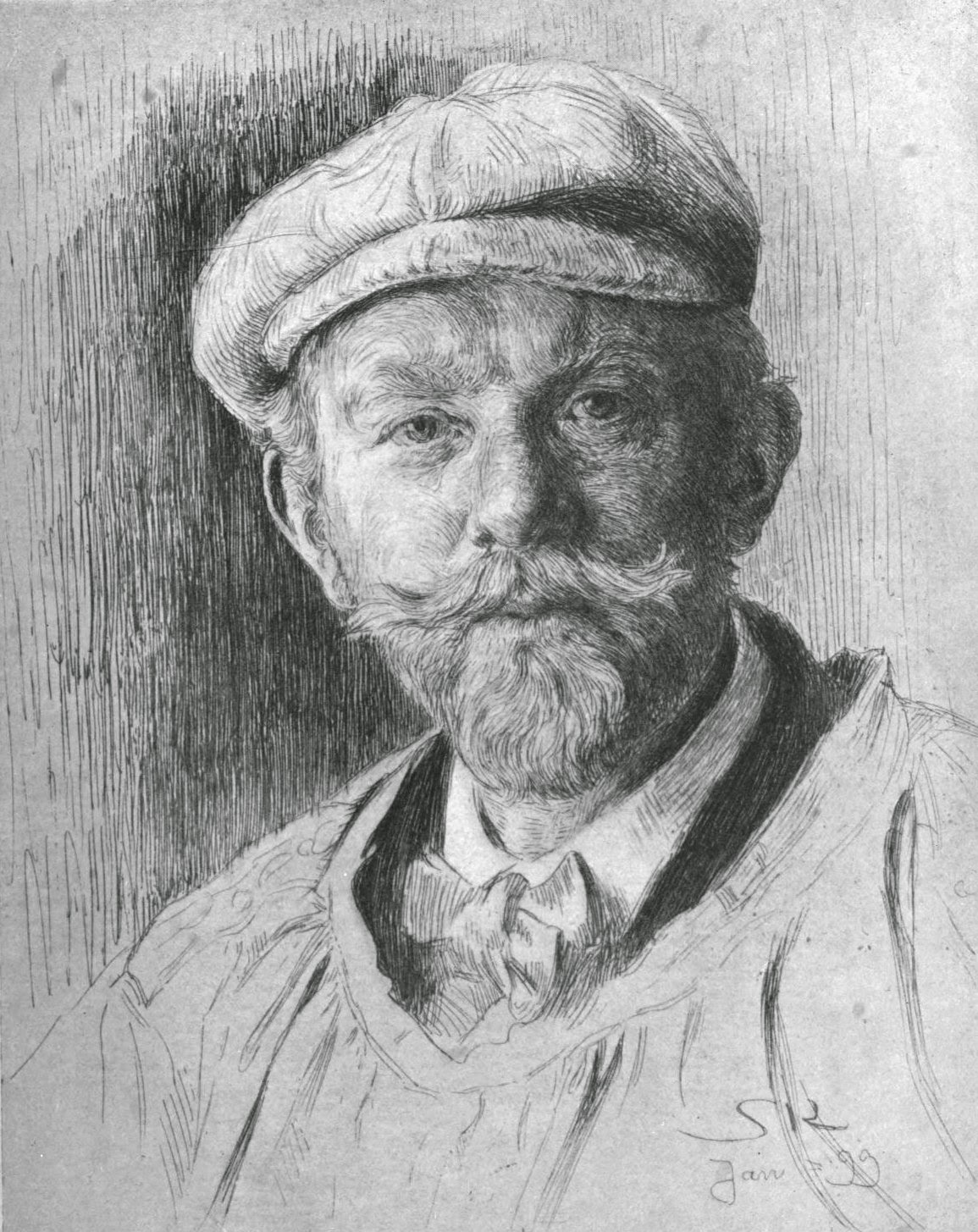 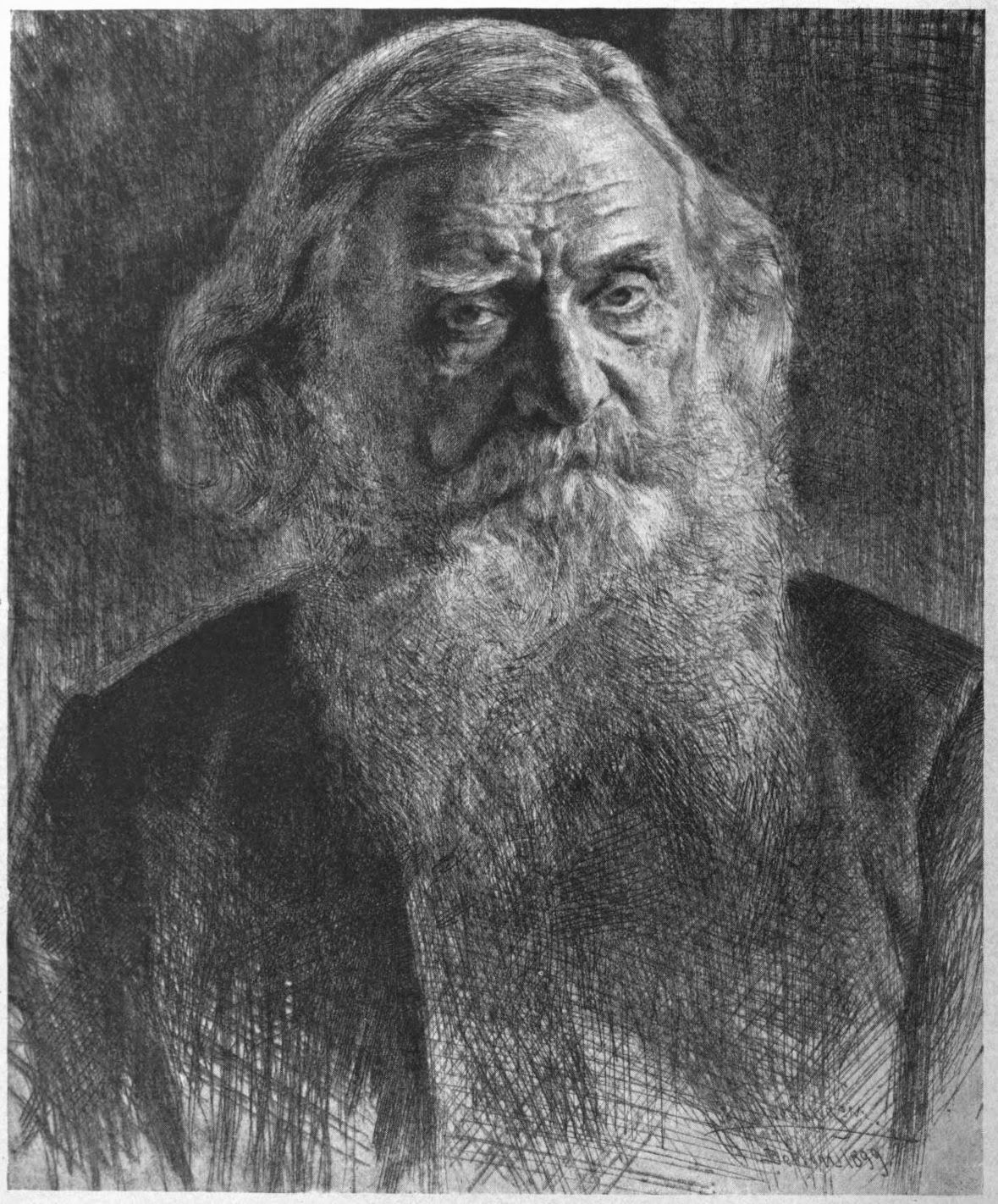 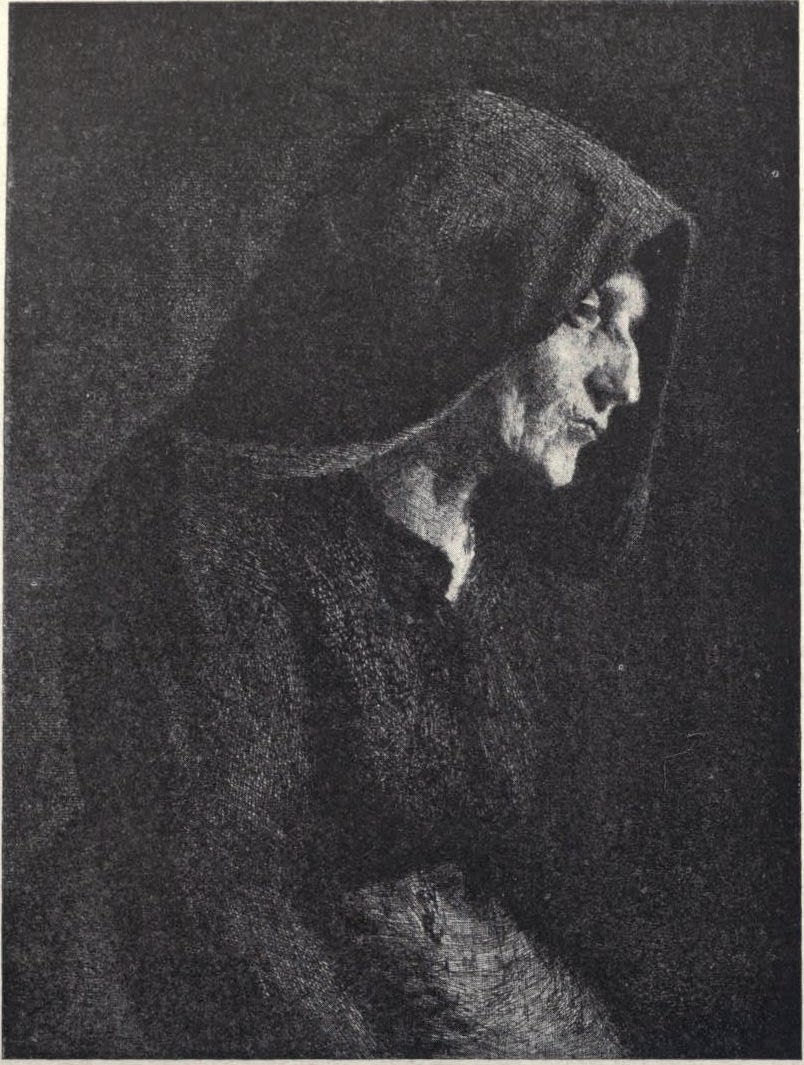 I especially like this last one, would fit well as a character in a fantasy world I think.

These are all in the public domain you can do whatever you want with them.  I'll eventually add them to the npc portraits zip file on my art page.
Posted by Telecanter at 7:12 AM 2 comments

Are you really concerned that you track ammunition like the DM across town?  Or that your players are leveling at the same pace as everyone else at the game store?  I doubt it.

I'm guessing the kind of things coming out in the new rule books are the things you are probably very familiar with: classes, xp charts, spell lists.  I think of these as the "What" of D&D: "What armor can a wizard wear?  What can I do to get my hit points back?  What do I need to hit?"  They often lead to binary questions: "Can I climb up the wall and onto the ceiling?"  "Can I use a sword in each hand?"  They are about what is allowed.  They seem to be defensive to prevent player creativity from "taking advantage."

I'm much more interested in the "How" of D&D, doing things new or puzzling to me.  And I think WotC could still make money selling tools that help with these "Hows."  I think a good example is the monster manual.  Instead of worrying so much that goblins are the same from campaign to campaign, give me some tools to make my own creatures.  But maybe a better example of what I mean by "Tool" is to recount a bit of my session fom Friday night.

Friday Night in Ulminster
My players are in a city.  One of them happens to be able to see the future.  How the heck do you handle that?  Well I made a chart.  I let her roll on it each session and we (mostly I) interpret the results.  This time someone beloved would be destroyed by sacrifice.  Interesting, because she has a great grandfather in the city.  How did I know that?  Well, I had her roll on this table earlier.  So, I said" "You see your great grandfather on a table surrounded by people and they are ceremoniously putting something serpentine down his throat, killing him."  So she decided to visit great granpappy.  And now I wonder what he's up to, or what he might have to say to her?  How do I determine that off the top of my head?  We go back to the dramarama table, I have her roll the other three columns, but this time I let her pick the entry rolled or those above or below it (a great technique I learned from ZakS).  We find out he is in love but wants her to kill the women.  Interesting.  Why?  Well, if we tie it back to her vision it would be neat and help me out, so I decided she was involved with a cult that my player saw in the vision.  But how do I "play" great granpappy?  What is his personality?  Oh, I've got a table I made for that.  I roll and find out he is missing teeth and has a great abundance of  . . . talkativeness.  Haha, and thus began a goofy monologue, by me, relaying his love for this woman and how she has to die anyway.

So that's four tools right there, that I feel I needed to get me through that session and one I need to devise for next time.

I suppose other DMs might consider improvving these details an expectation of being a DM.  Or maybe other DMs figure you are supposed to prep all that detail on your own ahead of time.  But my guess is that there are a lot of folks out there like me that could use tools to help them run D&D.  And I don't see many people selling that (Vornheim is one I know of, giving you a tool for dealing with  players searching a library, for example).

I suppose the things in the rulebooks might be tools for folks that are having trouble with different things than me.  So, an explanation of skill checks, for example, helps a newer DM know what to do when a player wants to run across a wet log over a stream, or something.  But for those mechanical questions we have stats and dice and you can use the two to figure it out.  It isn't like there's some optimal solution game designers are trying to suss out like the Higgs boson.

I think I realize now that most of the tools I mention are about generating things on the fly.  But not all, auctions, searching libraries, foretelling the future are more prickly problems and not just crutches for DMs with poor improv skills.  Anyway, I wish our hobby and the industry attached to it would spend less time worried about standard rules and more time coming up with cool new tools that help me run my game.

Posted by Telecanter at 2:00 PM 9 comments

If nothing else, these might serve as models for your hand-drawn maps: 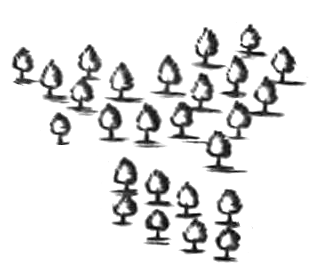 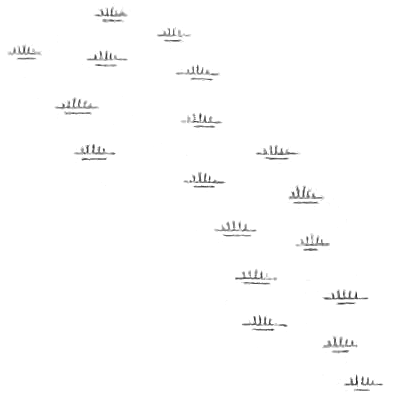 Here is a page from the book I got some of these from: 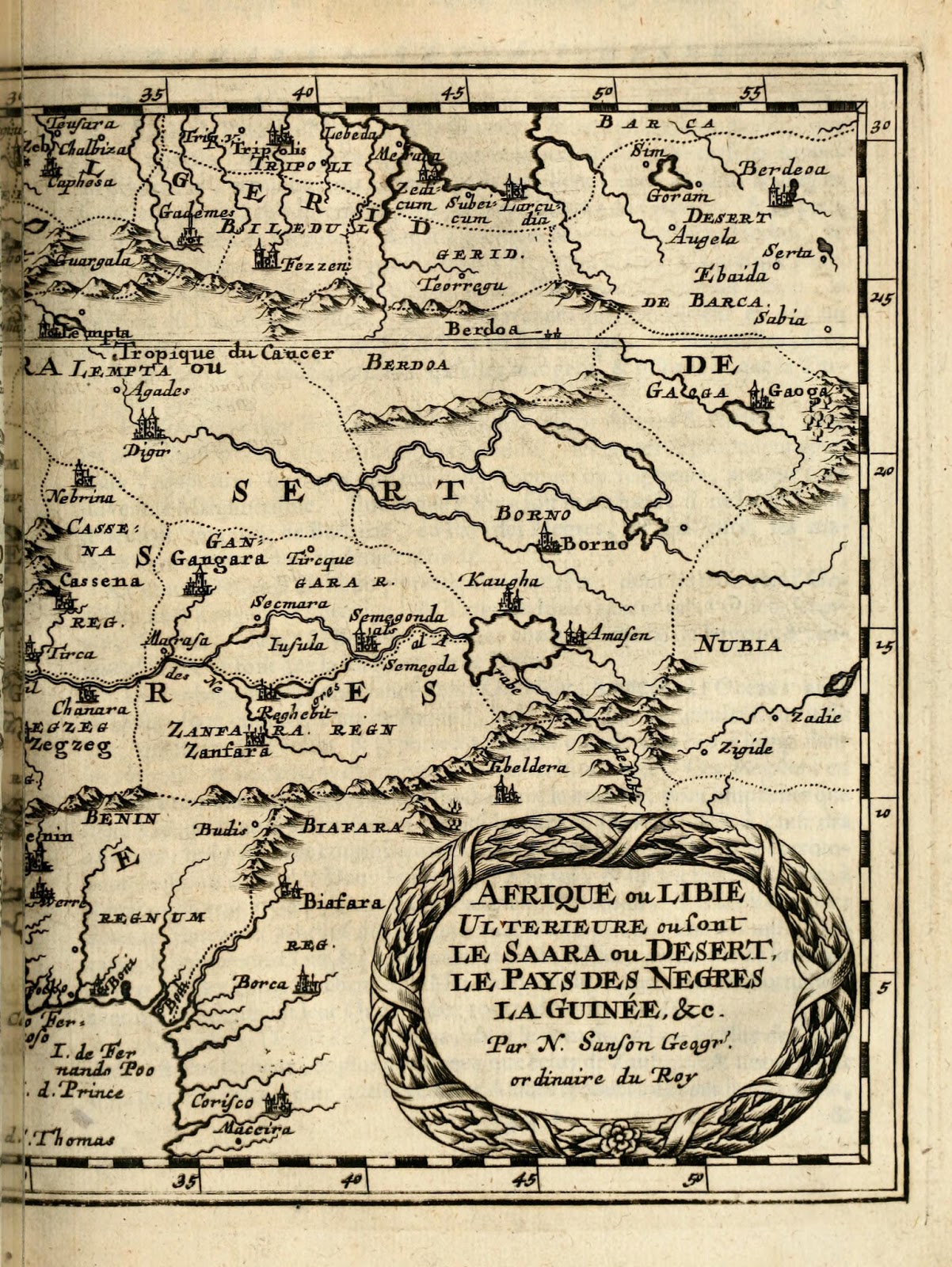 It seems you have to go back to the 1600s to get this kind of representational topography we like in our fantasy maps.

As you can see, I'm going for the old, hand-drawn look but you might find these two books interesting for more modern campaigns:
German Military Symbols (1943)
Soviet Topographic Map Symbols (1958)