These are just some images of weapons I've collected over the ~5 years.  They're all in the public domain, you can use them as you wish. 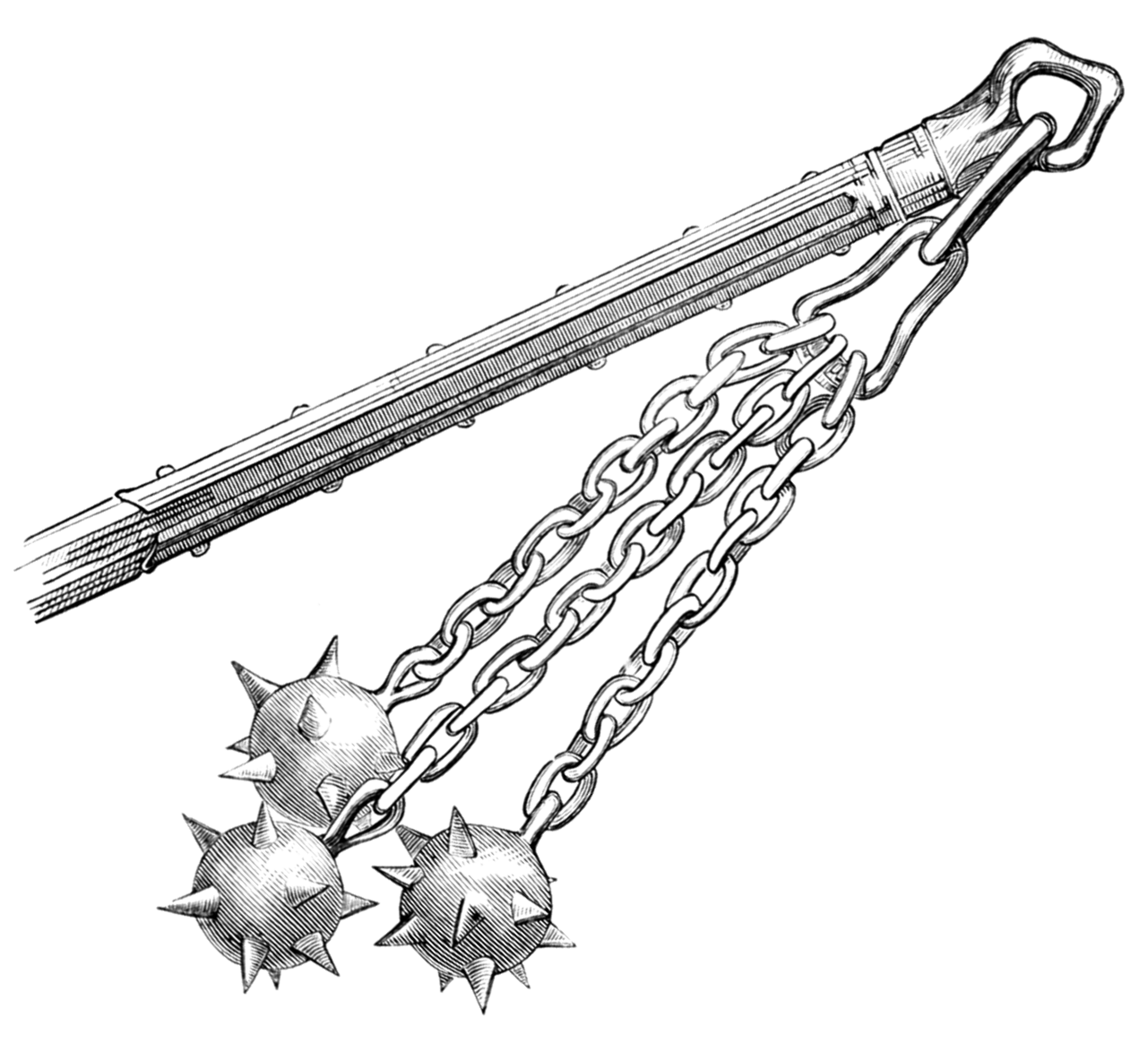 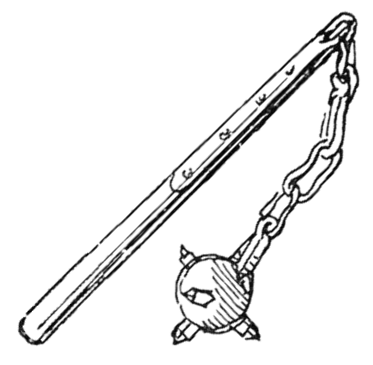 ps: I recently took down my "West Coast Blogs" page.  It had a lot of link rot and I would rather use the space to have a page dedicated to public domain art like this post, to make it easier to find.  I'm working towards that.
Posted by Telecanter at 11:43 AM 7 comments

More silhouettes for your maps, handouts and rulebooks.

An adventurer with lantern and scimitar or machete:

An undead of some sort, perhaps a ghost or lich:

Two bearers with their load on a pole and walking sticks: 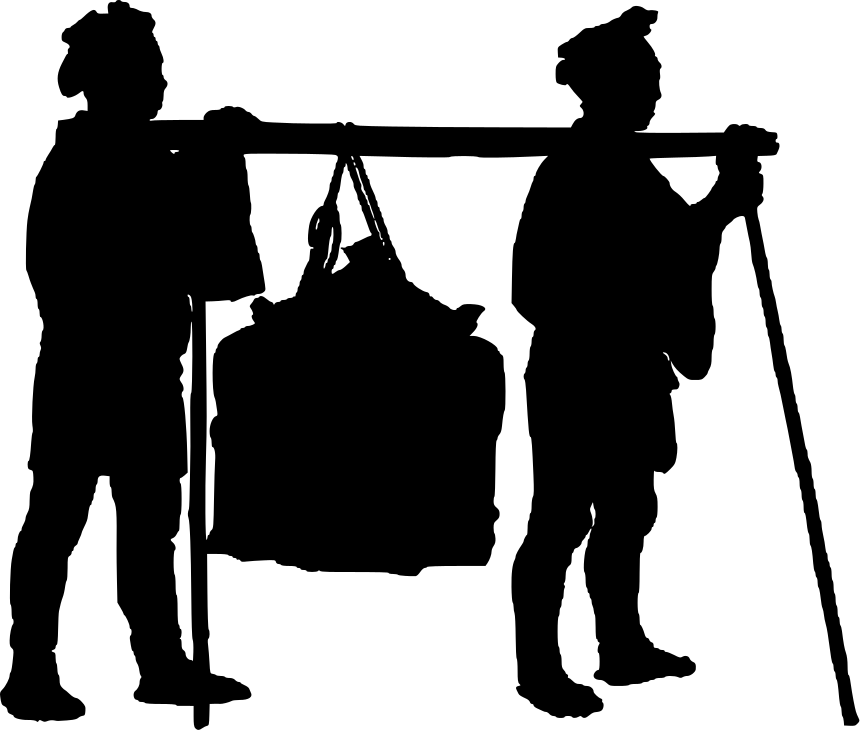 A man with a turban,  possible wizard:

These next two I've had on my desktop forever as I hoped to edit or improve them, but I figure I'll just give them to you.  The first might be a madman or type of undead like zombie or ghoul: 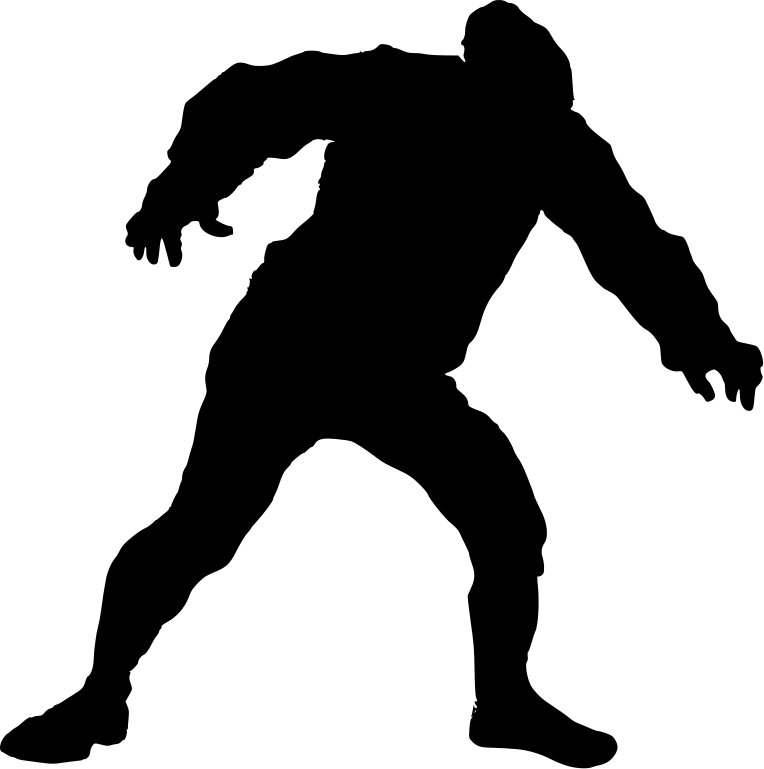 and a knight with sword and shield: 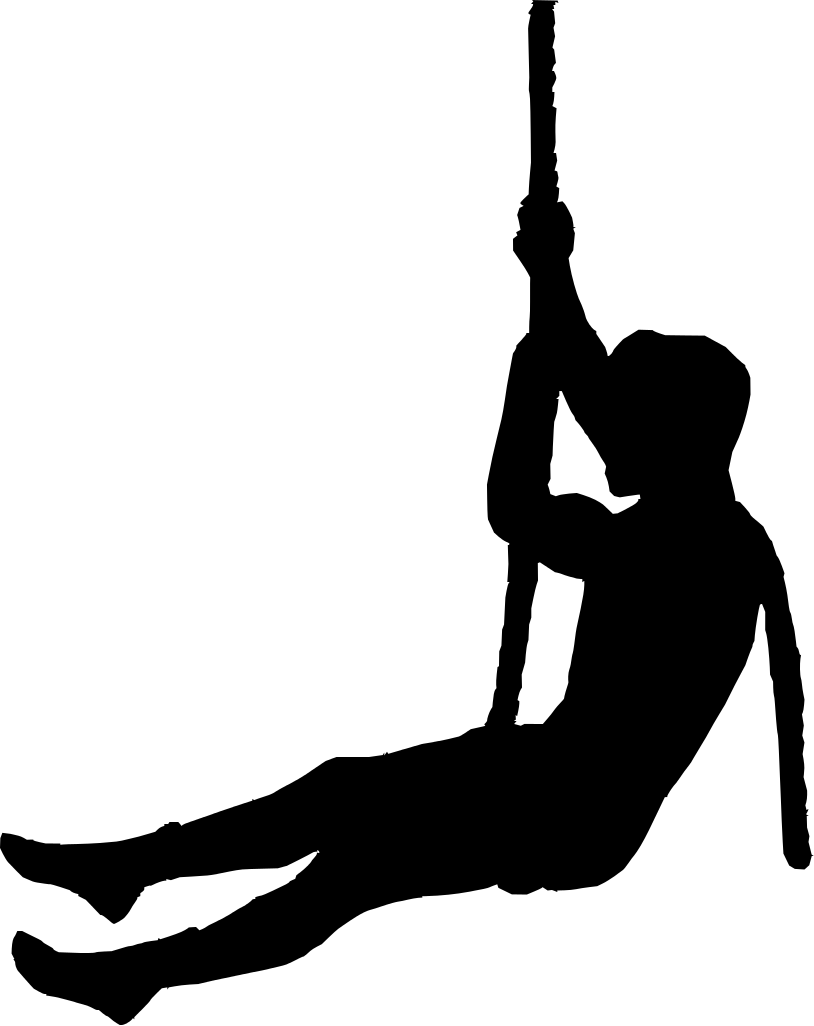 And, finally, what you might use on a map to reprsent a corpse or unconscious person:

These have all been added as vector graphics to the zip file linked in my sidebar to the right.  Also, for those of you just tuning in, I started this series by just producing raster png files, but then learned enough to convert to vector graphics.  Since then I have slowly been working on converting the old pngs into svgs.  I'm making progress, but it will still be a while before the zip file is completely converted.  I also try to update the naming little by little with "C"s indicating figures that might be characters and "M"s for monsters, but again, that's a work in progress.

Now go make something : )
Posted by Telecanter at 1:39 PM 2 comments

Back from camping with a few more ideas for sandbox or geographic wonders.  This get's us to 100 but I won't stop here because some of the earlier entries were pretty weak and I want replacements.

96. Ghost Creek - The loud sound of water flowing in a creek is heard here, but no water.  Containers left out overnight will fill slowly.  Drinking the water in them will allow a person to rest without sleeping - like an elf- for a week.
97. Honeyed Cliffs - Tall cliffs so covered in wild beehives that honey drips down along the length of them.  This honey is said to preserve things indefinitely and locals place the bodies of revered dead all along the bottom of the cliffs.
98. Root Cavern - A vast cavern with roots in place of stalagmites and stalactites.  They drip thick sap which will trap the unwary.  If thinned with alcohol and drunk, it is said to make the skin bark-hard for a day.
99. Stalking Creek - Travellers through dry hills will sometimes encounter a creek that they cannot shake.  Hiking directly away from it reveals that it curves around the hill you just hiked over.  Once the creek is seen parties lose their sense of direction and will remain lost.  It is said hiking up the creek will reveal the last party lost to the creek around the source and free travellers from its hold.
100. The Barrens - Huge swath of forest that appears devastated by a recent fire.  Walking into it will drain strength from a person (drain 1 hp per turn of hiking) while revitalizing the small area around their path.
Posted by Telecanter at 7:15 AM 4 comments

A Bigger Pile of Gear

In a recent post I suggested letting a group of starting players pick their gear from a pool of cards.   The miserly way I tailored the gear available made the whole experience pretty hardscrabble.  Since then, I had the idea of flipping that on it's head and making the players wealthy, petty gentry.

They have as much stuff as their porters can carry.  You would need to decide how many porters, beaters, link boys, personal assistants, personal guards and pack animals allowed to the group as a whole.  And I think you would have to shift the whole delve from one of trying to find some valuables to a kind of difficult, big game hunt.  So, for example, the party is trying to kill a cave bear, or leucrotta or something.

In this kind of scenario resource management would still be an issue-- nets might get torn, lots of food consumed by the hirelings, etc-- but it would be less about survival and more about problem solving.  Should you dig some pit traps?  Drive the beast into spikes or nets?

You would probably need to have lots of gear cards on hand, because money is not an issue; if the party wants 200' of rope then they can give that to their porters.  I would also want to make cards for outrageously expensive stuff that you wouldn't consider normal dungeon gear, like fireworks, cages, and jugs of tranquilizer.

And what to do after the hunt?  This could just be a fun one-off, or you can start tallying the hireling costs-- maybe the family has finally tired of the extravagance of this bunch of layabouts-- so players will have to sell off remaining equipment and decide whether to keep any hirelings and how many.

Here is a draft sheet of how you might handle beaters: 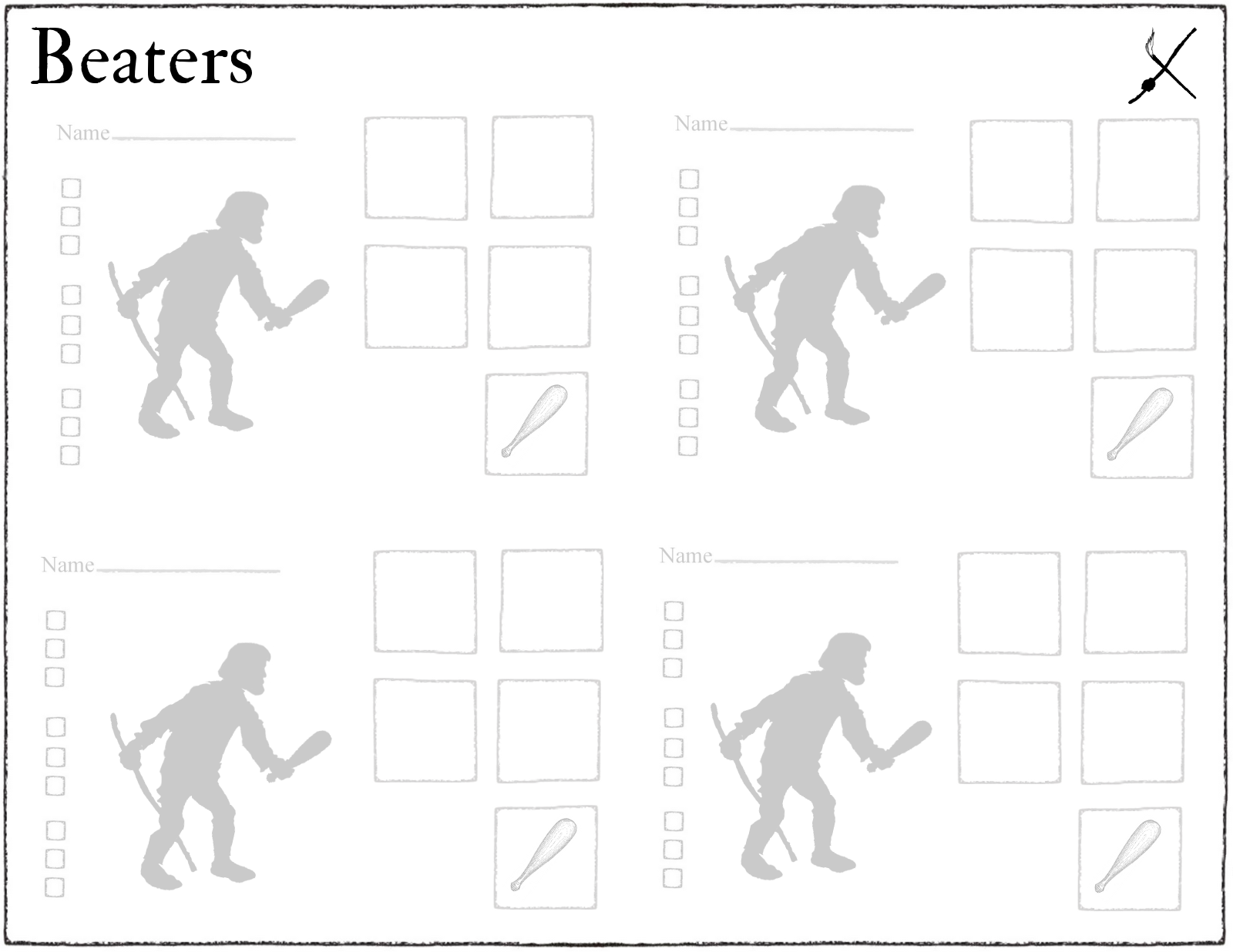 I figure they will be average strength and be focused of flushing and driving game, but can still carry a few things.

Here is a sheet for porters: 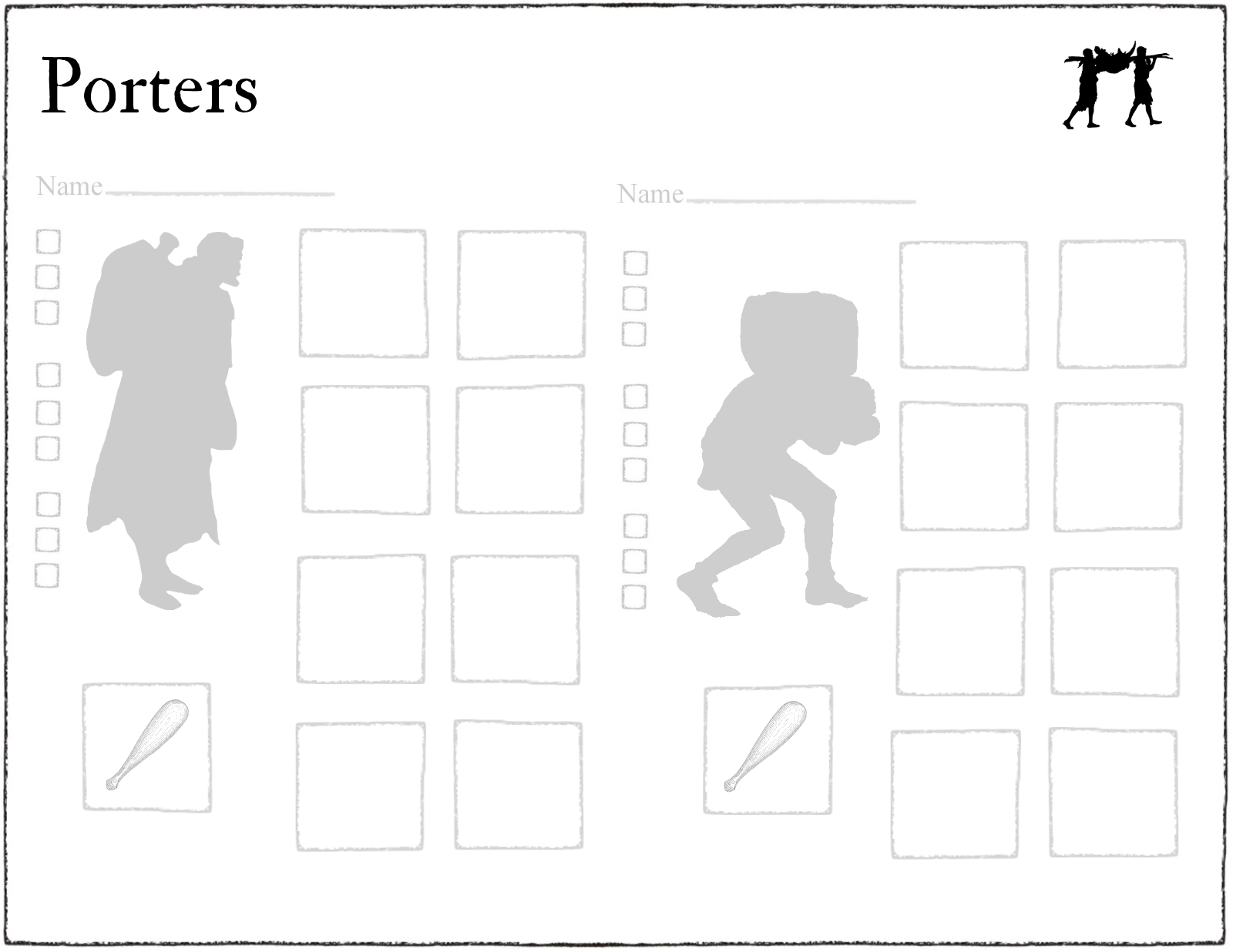 They're strong, or know how to balance loads well, and they all carry clubs for their own defense.  The check boxes can be used to show hit points.  Yep, this is basically treating them as beasts of burden (see here and here), but you are wealthy and and consider that their lot in life.

Of course you don't need cards to do this, you could have lists of gear printed out, index cards for each hireling, and have players write down what they want to take, but the cards would make the process more visible for everyone sitting at a table and also quicker, being able to shift gear from place to place without having to erase.
Posted by Telecanter at 10:37 AM 4 comments

Here are a few more images of adventuring gear or adventuring equipment that you can use any way you wish:
Shovel:

Manacles or handcuffs or irons: 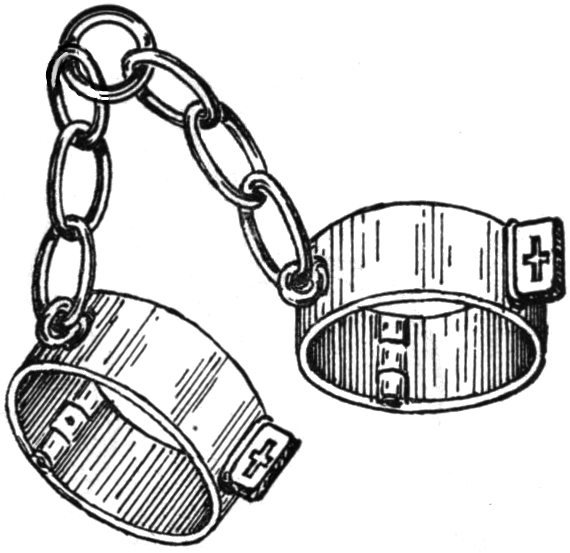 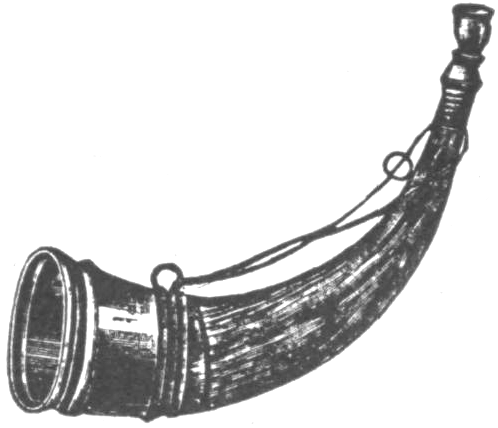 and some spell book candidates: 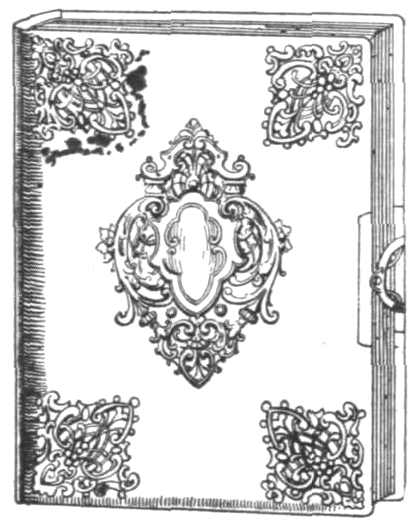 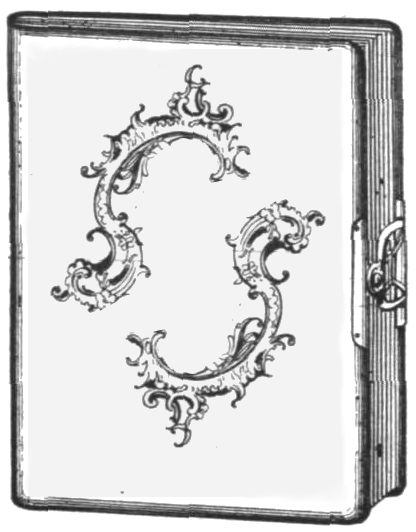 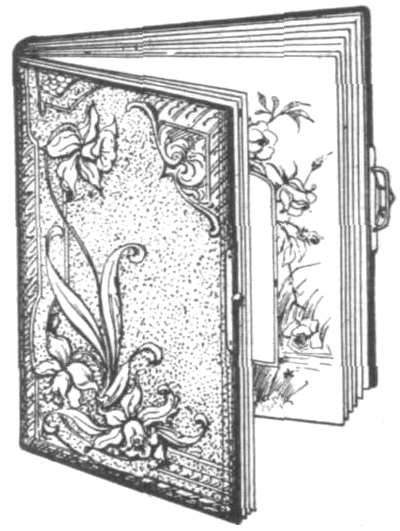 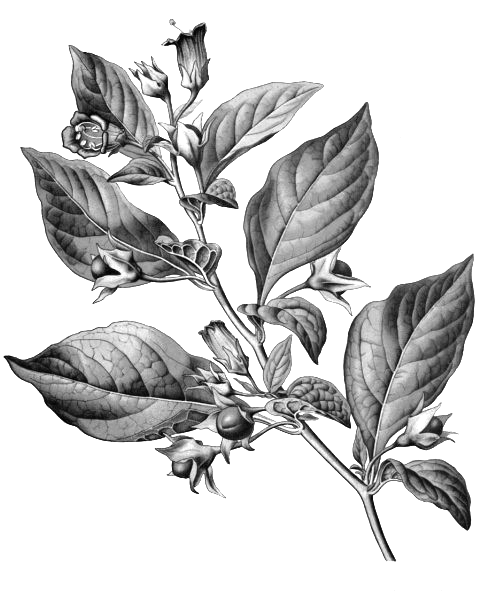 Posted by Telecanter at 2:01 PM 5 comments