I wanted to give you one more little gift before we say goodbye to 2013.  (I was so close to 100 posts for the year, a bummer to miss such a nice round number :)

Here are a few more silhouettes for your maps, handouts and rulebooks.  To start off another official monster, one that I've never posted before, the zombie:

Not the greatest, but I think it works okay if you imagine the robes as a shroud.

A man with spear. 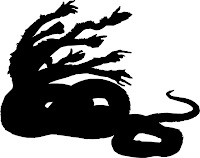 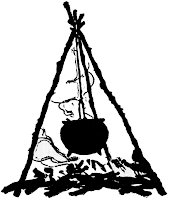 And a camp fire.

These are all in the public domain and you can use them as you wish without even needing to attribute them to me.  I will add the to the zipfile linked in the side bar, but probably tomorrow, I got to run to a New Year's party.  Here's to a great new year!
Posted by Telecanter at 6:27 PM 2 comments

There seemed to be some interest in the portraits I posted last time, so I went back to the well.  My first time through, I was skipping anything that looked like it wouldn't fit into my own psuedo-medieval campaign: things like hair dos and uniforms from the 1800s.  But I started thinking, the time a DM might most need npc portraits, for more character-based games like mysteries or Lovecraftian-type adventures, those more modern features wouldn't be a concern.  So, I started grabbing anything that met my other quality standards.  Unfortunately that means there are a lot.  I think I might eventually incorporate these into a zip file.  But in the meantime, while I crop and clean up the new portraits I thought I'd give you a few more that might work pretty well in a psuedo-medieval campaign as spell casters, sages, or seers of some sort: 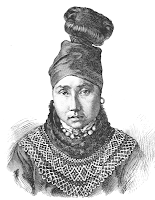 I leave their specialities, their weaknesses, their secrets to another time . . . or to you.
Posted by Telecanter at 1:04 PM 0 comments

I am a big fan of Rome Total War and I would recommend you skipping its sequel.

I could ramble on but I'll stick to a few simple points instead.  You can read my review of the original here.

So, this sequel was 9 years in the making and Creative Assembly has made several games in the series in the mean time.  How did they do?

The Good
The graphics are beautiful and the unit cards are lovely in their stylized designs.  (Although, my top-of-the-line video card can't handle it when it rains on the battle field or when towers tumble in a siege.  I guess they were future proofing by designing for next-gen video cards?) 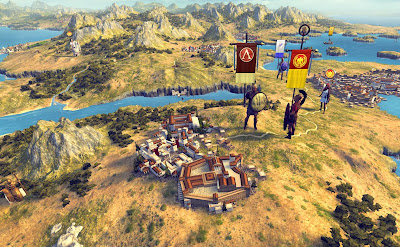 The ahistoric units are gone.

The Bad
The AI is as stupid as it ever was.  I've had several computer-run generals do suicide runs into me when the rest of their army had not even engaged yet.  (the computer is obviously using them because they are cavalry.  Can CA not flag generals as a special kind of last-use cavalry or something?)  I've had the computer attack a walled city and then sit there without moving until the battle runs out.  Because I had battle time limits set at an hour back then I had to alt-tab out and surf the web while I waited for them to lose the battle they initiated!  I've had an enemy general in a city I was conquering sit at a capture point with a superior force while I won the city at a different capture point. Stooopiiid.

Also, in the original, if you attacked a city without a siege unit (or elephants) that could break down a gate you lost automatically.  Not so in this game where any unit can throw Molotov cocktails and burn down your city gates.  This makes having walls much less useful and means you still have to put big garrisons in walled cities if they are threatened.

Diplomacy seems just as weak.  Everyone hates you and no one wants to engage in money-making, growth-making trade with you because they hate you.  Even though that money and trade now might help them conquer you later.

The Ugly
They took away one of the most fun things of the original -- the families and their hangers-on.  Oh, there are generals but every turn is a year.  It takes 7 years to raise a full army, several years to pacify a newly conquered city.  It takes several years to travel from city to city.  You are not going to have any Hannibals or Alexander the Greats in this game unless you balls out blitzkrieg.  Your generals will more likely die of old age.  And it doesn't really matter in the end, because there is no family tree.  The generals feel like random dudes that share your family name.  You don't see them grow up, you have no way of anticipating when one will be available.  Hell, I've gone a decade with no one from my family available as a general.  So, if I want to raise an army all the successes and glory of that army will accrue to some other rival family.

(There is still a household, but it is usually just one retainer, they take a year to change and they are very similar with many different retainers offering the same benefit, like,for instance, +5% to morale.)

I can understand this in theory being fun.  But I just have not enjoyed it.  Buildings are expensive and take years to build so destroying them and changing buildings is not an efficient strategy, yet you will often find yourself with either plenty of food but no advancements or with advancements but starving to death with a rebelling populace.  You have to realize that the buildings that fight squalor are far down the tech tree, so for decades of game time everything you build pisses people off, even building up your agriculture causes squalor.  I have taken to leaving all buildings at the last level they don't cause squalor.  So I have a lot of semi-developed cities.

It could be that I just haven't figured out how to play this game the way it is intended to be played.  But for someone who has hundreds of hours in the original (and 140 in this one) that right there is proof that the game is a very different game.  And not much of an argument that fans of the first will like it.

I'm not opposed to a more dynamic and complicated system of city building, I quite liked the way prosperous cities in Empire Total War would lead to the development of small towns.  But somehow this game makes it painful.  I feel penalized for every change I make and those changes take so long.  I keep going back and trying to play.  But in the end it feels tedious.  I don't understand how in 9 years this is all they managed.

I think I am going to look to Crusader Kings II (I've played the first one) or Europa Universalis 4 for my strategy fix.  Or, heck, just play the original which I find still holds up pretty well.
Posted by Telecanter at 9:08 AM 4 comments

You may have seen that the British Library posted over a million public domain images online recently.  I've been poking around there.  The images that struck me right off the bat were the detailed portrait illustrations.  I thought they might work well as npc portraits.

I spent about an hour working on a single page compilation of some of these, but had to make the faces so small they lost a lot of detail.  I decided you might find them more useful as individual files.  Anyway, these are the ones I considered most interesting from the first 33 pages of images: 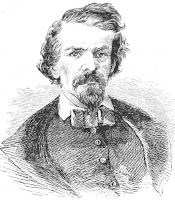 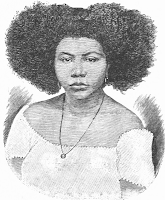 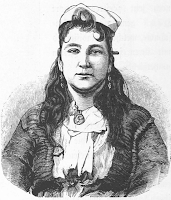 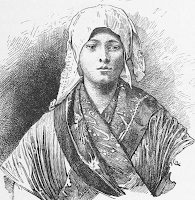 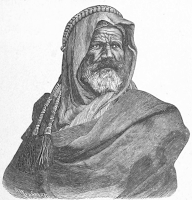 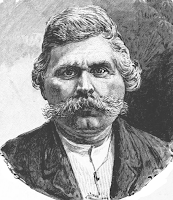 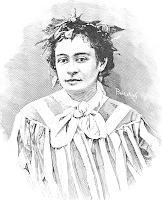 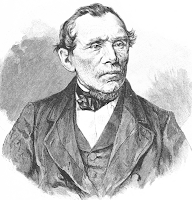 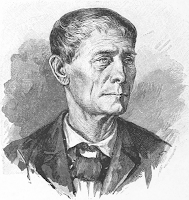 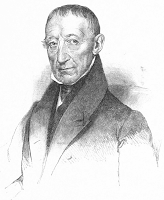 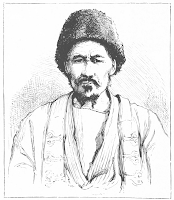 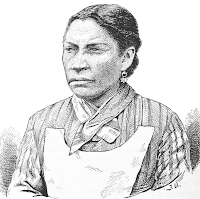 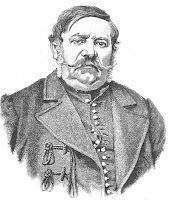 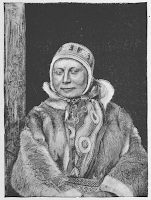 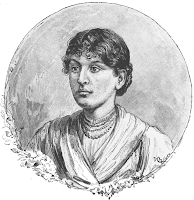 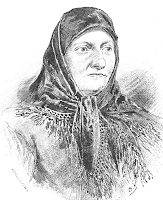 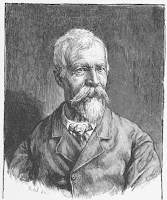 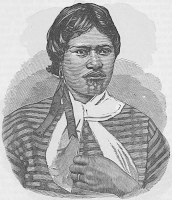 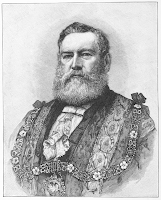 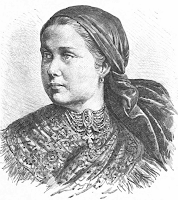 Merry Christmas and Happy Holidays!
Posted by Telecanter at 11:59 AM 3 comments

Here are a few more public domain silhouettes for your maps, charts, and counters:

I thought the wood cutter might pass for a berserker. These have all been added as vector graphics to the zip file linked in my sidebar to the right.
Posted by Telecanter at 12:09 PM 2 comments

I was thinking of weird engines that were powered by things just happening in the vicinity, but it might be more useful to you as a general purpose trigger.

The idea is to set up a fun, mysterious occurrence that players have to figure out what they're doing to cause it.  That means the effect, be it boon or bane, shouldn't be too extreme, because you expect it to happen multiple times.  Also, the trigger should be something easily discoverable, or frustration will be the only thing triggered.


So, for example, every time someone asks a question in a room a gong sounds and players gain 5 pounds.

This means we need to generate both possible triggers and possible amusing affects.  I think the latter is easier and I'll leave it to you.  The former is trickier because it balances on the border of in-game and out-of-game actions.  I guess the fancy way to put it is that these actions are at least potentially diegetic.  They have to be things it is plausible for characters to do even if it is players doing it without thinking about their characters.  Here are some possible ones I thought of:

That's all I got right now.  I'm noticing I want things that are likely to happen in the room.  So discussions about what to do or where to go are very likely to occur in a game of D&D.  Somethings could become more likely based on the context you put in the trigger room.  For example, up/down might be said if there is a ladder/stairway in the room.

The majority of these are just talking, but most actions would involve touching and are pretty standard dungeon fare, like opening a chest or door triggering something.  They would have the mystery of what is causing this.   Eating, drinking, praying or reading in the room might work, but then you have to hope players might actually do those things.  I suppose it's a fairly niche application.  But it could be fun.  Let me know if you can think of any potential triggers.
Posted by Telecanter at 11:14 AM 3 comments