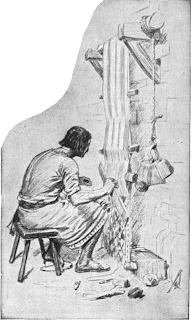 I've mentioned Delta's encumbrance system as a catalyst to my starting this blog, the other was Bohemian's simple and elegant system for adding skills to Whitebox.

As anyone who has dinked around trying to make their own roleplaying game finds out, skills, while seeming like a cool way to add realism and detail, quickly turn into a lot of rule overhead for not much benefit. That's because there are three basic category of skills, those that:
Skills falling under 1. are things like two-weapon fighting, martial arts, disarm, trip and anything that makes a character more likely to hit or to hurt. The second category is all the things players will try to do to get ahead outside of combat like making their own armor, gambling, mining, or any skill involved with shifting a burden from the player to the character: knowledge checks, observation checks, diplomacy, bluff, lie etc. But now that you have your juicy skill system with things that seem cool and that your players are clamoring for, you realize that if you have an "armory" skill you should really have blacksmithy, goldsmithy, gem cutting, and yadda yadda yadda.

Now don't get me wrong, I like these skills showing up in play. I had a fighter character who rolled a tanner background in the 1e DMG and I was constantly trying to turn monster hides into capes and belts. It was fun, it added flavor. But . . .

If you have limited skill choices-- which you must, or what's the point, everyone can do everything-- and you have players choose skills-- and you will probably want to, a randomized character could be cool but would be an oddity-- then you will end up with the situation where a player will have to choose between cooking and critical strike, between skills of type 1. and 3.

I'm sure some people think, "Of course, and the mature role player will make those choices." I just can't do it. Maybe I'm not mature, maybe I'm ultra-gamist, I don't know. I'll give you a specific example: creating a higher level wizard for 4e recently, I had the choice to choose a power that might damage a foe which had successfully hit me or one that allowed me to cast magic missile every round of combat in addition to my normal spell casting. Really!? The designers expected some players to think "Well I could double my spell casting ability, but I envision my character as more of an acid mage." I can't believe it.

Thus we have the fundamental problem with skills, you want a way to include things some characters can do that others can't, like climb walls or track, but if you do you have a balancing nightmare, any "best" skill will be chosen by all characters. What is the solution?

One solution seems to be chaining skills to classes: only thieves can climb walls, only rangers can track. But what if my wizard wants to learn how to track? We are either right back where we started, a general skill system that includes tracking, or we have to invent a new character class that is a spell-user able to track. That sounds kind of cool, could be a hunter-type-diviner. But then for every new skill you need a new class; you have a proliferation of classes. Isn't this what kits were, essentially?

Bah, throw the things out, no skills for anyone. But wait, friend. Bohemian has a solution. In a nutshell, when players generate a character they choose one thing they are "Good At." There are no percentages, no attribute check, the DM will just take this into consideration when the Good At comes into play.

Why do I like this so much? First, it's simple-- no numbers!-- and adds flavor and detail while adding little overhead (the raison d'être of this blog). Second, players want these and will use these; no more cooking or tin smithing, or whatever, sitting unused on your skill list while players choose other things. Third, it incorporates infinite possibilities. Not only does this mean, as DM, you no longer have to compile a list of every skill possible, but, and this is probably the single most elegant aspect of Bohemian's system, players can choose Good Ats of various granularity and focus. Examples from Bohemian's own campaign include "drunken fighting" and "finding and hoarding useful items." These are both far more specific than most skills in a traditional RPG system. This means it would be much harder to predict anyone would have wanted these skills in creating a traditional skill system. It means they will come into play less often and thus should cause less worry about imbalance or how to deal with them. But, the second example was from a player wanting to be able to make gadgets on the fly, so this system lets players approximate the variety of kits without needing them, or new classes.

Now, for my own adaptation. Just one Good At seems light; Fitz uses character intelligence and wisdom to determine how many Good Ats they get. I don't like going to attributes though, it assumes Good Ats are related to smarts, what if I'm Good At climbing? It also adds complexity without giving me much in return.

Bohemian's system allows players to choose as many as they want as long as they choose a Bad At in addition. I like this. Does there need to be an ultimate limit? Probably, this throws some things on the shoulders of the DM, like if a Bad At is roughly equivalent to a corresponding Good At, but I think that's better done on a case by case basis anyway.

One other concern I have is beginner players, I'm thinking this might add an extra bit to the learning curve that can be avoided. Maybe they could choose their Good Ats at second level, after they've gotten the hang of classes and combat, spells and the point of all this.
Posted by Telecanter at 3:47 AM