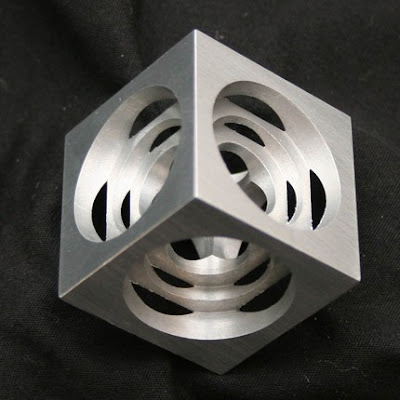 After posting about Chinese Puzzle Balls I stumbled across a post on the Turner's Cube:

"The Turner's Cube is a fascinating object. In the old days, novice machinist's were handed one and told to work out how to make one of their own. It was considered a good test to give a budding machinist to see whether they could first understand how to go about making one and second to see whether they could operate the machinery to the level of precision needed to produce a nice cube."

The definition comes from a site that also walks you through making one. Although, the fact that the cubes aren't free floating seems boring to me. I looked for examples that were but couldn't find any. I suppose we'll have to imagine them.

I did find this object made By Jared Tarbell. It isn't a Turner's Cube, but I found it and it's 2222 holes cool: 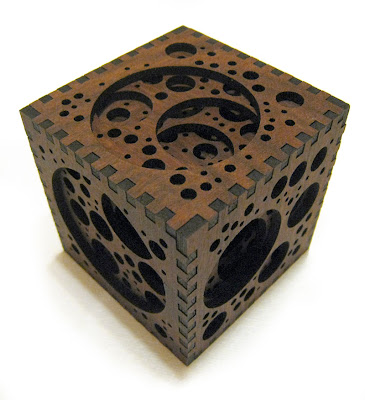 And in the original cube post a commenter shared a link to this awesome site about whittled whimseys. There you can see chains whittled from a single piece of wood including balls whittled inside cages: 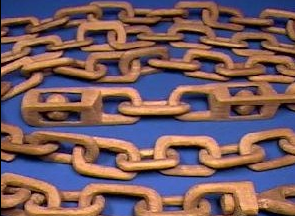 There's also a mention of our old friends the Welsh love spoons.
Posted by Telecanter at 8:25 AM