The Hierarchy of Egress 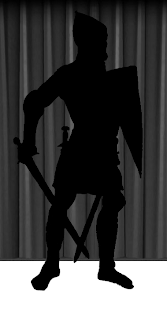 I've started to get the feeling that player actions in a dungeon might be generally predictable. If this is true, designers should know because it will effect how every dungeon is explored and experienced. (Do they know this for video games? They must. They could easily run hundreds of playtesters through fps maps and record their every action)

I had this idea when I noticed that players found checking behind curtains irresistible both times they were encountered in my recent session. Then, when I thought about it, I realized I would do the same as a player. Maybe a curtain feels like more of a threat, less "wall-like," even though a door might be used just as easily by monsters trying to get at a party.

I hypothesize that any time curtains appear in a room, players will want to check behind them and if they conceal an exit, players will use that exit before opening the "hard" exits. You might even be able to channel a party in a dungeon by covering certain passages with curtains, the passages you want them to take. I also have a feeling this might extend to a general tendency to use certain exits before others. I'll call this the Hierarchy of Egress. (Or, if that sounds too snooty-academic, we could call it Door Priority, which has a nice ring to it.)

I know that context and player knowledge will make a difference here, but, all those things being equal, players will use exits in this order:
Or, something like that, anyway. We'll have to pay attention as we DM and make adjustments to the order or decide if the whole idea is rubbish.
Posted by Telecanter at 6:49 AM