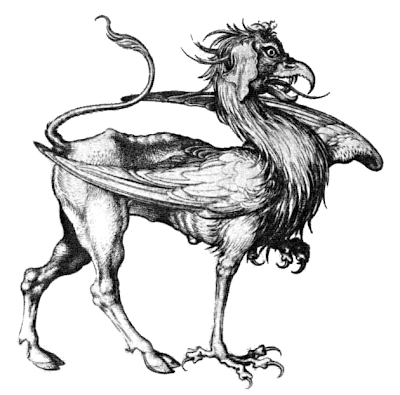 I understand that one of the strengths of old school D&D is the ability to customize and house rule it. That being said I find it strange that in 1e, a game that goes into great detail on weapon characteristics, there isn't better guidance for a DM on something as pivotal as wandering monster checks.

Maybe I'm wrong, maybe it's there, but I went searching and couldn't find any frequency or probability of checks recommended.

This seems strange to me because the central premise of D&D seems to be resource management and exploration. And time only really matters if the more time spent in a dungeon the more likely it is you'll be encountering something dangerous.

I remember this from my childhood-- rolling up characters was explicit and easy, how to DM was murky and mysterious. When I came to S&W I had the same problem, no mention of how often or common wandering monsters in a default dungeon level should be.

I made up my own ruling where I rolled a d20 and a 1 meant an encounter. I don't remember how often I intended to make these rolls but in play it turned into whenever I thought of wandering monsters. That sounds arbitrary, but it tended to work well, because I remembered wandering monsters when 1) players were doing something kooky or noisy, like busting down doors, or 2) there was a long lull in action because the players were being indecisive. My most experienced player knew what I was rolling for and would often take the cue getting everyone moving again.

In that sense, wandering monster checks worked not just as a resource management obstacle, and not just a added threat to the underworld, but as a practical prod to keep things moving and fun.

But I was never sure about my ruling. Recently I was reading Holmes and low and behold, there is explicit mention. Then I thought that maybe 1e is so coy about it because it was something so clear in OD&D. Maybe, because it's explicit in The Underworld & Wilderness Adventures too. After scouring my various rule books, here's what I found on the subject:
So, first, it seems there is consistency here; wandering monster checks all have a ~17% chance and they happen every twenty to thirty minutes. Except for oe, which makes me wonder if people considered every turn too frequent.

I have to give props to Labrynth Lord here, it has the clearest explanation of the batch. I'm not sure why S&W drops the ball here. It's great to give DMs room to house rule, but something as game-changing as wandering monster frequency seems both important and difficult to guesstimate without experience.

My own house rule isn't too far off; if you estimate that on average I was giving a 5% chance every turn, it isn't too far off the ~17% every three turns. If anything it looks like I've been making wandering monsters a little too infrequent.

Update 5/2/10: I looked more closely at the 1e Players Handbook. It has a section on page 101 that always felt odd to me. It felt odd because it never seemed clear to me who the audience was. Was it experienced players? Was it DMs (the PHB did come out before the DMG, right?)? It doesn't seem like the audience is intended to be new players; why go into such esoterica as invisible movement or spend time defining tricks and traps in depth?

Anyway, on page 103 under its definition of "Encounters" we get this:

"At prescribed intervals, your DM will generate a random number to find if any meeting with a random monster occurs."

I also went and checked modules B1 and B2 because they have so much introductory advice for DMs:
With B2 this seems strange, because you could almost play D&D with just that book: they give you the attack matrices, the saving throws and random encounter tables. You barely need the rule books. But they don't mention how often to check for random encounters.

Update 5/3/10: Okay, one last addition to this seemingly trivial subject. I did finally find mention of the frequency of "periodical checks" the DM is assumed to make in the first addition DMG.

On pg 98 embedded in the example of play:

"(Here, as about 3 turns have elapsed, the DM rolls a d6 to see if a ’wandering monster’ appears; the resulting 5 indicates none.)"

So, as you can see this is strong evidence of the accepted default being every 3 turns 1 in 6. But as a teen experiencing D&D for the first time through the 1e books you would have to infer that.

I'm thinking now, that there are several reasons something so pivotal to the dungeon exploration experience could be ignored:
I think now that number 3 is more true than number 4. How great a difference can you really make in wandering monster frequency and still have it be a random encounter, 60, 70 percent chance every few turns? I mean at some point you are saying: "go here and you will fight lizardmen."

How about this for my random encounter house rules summation:

Every 3 turns roll 1d6. A result of 1 means the party encounters a wandering monster.

Roll on a table appropriate for the particular location and level to see which monster is encountered. These tables may be provided by a module or created by you.

Roll 1d6 and multiply by 10 to get encounter distance in feet-- how far away the wandering monster is when it appears on the "radar."

Roll 1d6 for the monster and 1d6 for the party. If either rolls a 1 it means they are surprised for one round and cannot act while the other can act normally.

Roll 2d6 for encounter reaction unless the monster is undead or a ravenous beast. The result will mean:

Note: Random encounter checks are meant to keep the dungeon feeling dangerous and keep players moving. If you find interesting action or combat has led you to forget a check or two, that's fine. But also, you can vary the frequency of wandering monster checks if players are standing around indecisively, being very noisy, or if their location in the dungeon is especially dangerous.

Was that so hard?
Posted by Telecanter at 9:50 AM