Necromancy & the Pursuit of Knowledge 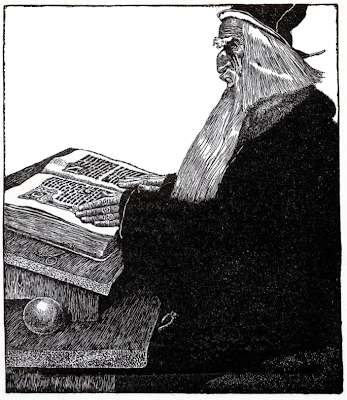 The 4e campaign I'm a player in is an evil campaign. Not in pillage-the-villages, in your face evil sort of way-- a couple characters are sort of eco-revolutionaries, wanting to take back the lands from the humans via devious means.

Anyway, my character is a mage as my characters tend to be. I figured I would play him as amorally, knowledge hungry. He cares for little but new knowledge.

What I realized during our Friday session is that it is very easy to explain necromancers as people who aren't bad, but just intellectually curious. This sounds incredibly obvious as I type it out, I mean it's Frankenstein , right? Yet, the fantasy cliche of a swords and sorcery necromancer is often that they are eeeeevil.

My character has acquired a list of items that will supposedly grant him immortality. He is seeking them out, yes, he wants to become immortal, but really because he wants to see if it will work. One item on the list is the dried liver of a monk who had never touched alcohol or narcotics. It just so happened that a new player in the campaign had a character that was raised by a monk. So at my suggestion we headed to the monastery he was raised at. Once there I proceeded to ask if the monks partook of alcohol or mushrooms from the forest, etc.

It was great fun because the players were getting creeped out. They didn't know what the heck I was up to and have no idea about my list. At one point the DM even said he wasn't sure what I was up to (he'd forgotten the specific items on my list).

The new player was also confused because my character has an undead minion, basically a puppet that I pose as myself and use cantrips to make it talk while I remain invisible. Just my player trying to stay out of harms way, but people are invariably surprised when we fight and I lose my invisibility and they say "who is that guy?"

As there are no spells per se in 4e I've been focusing on gathering rituals. And the rituals I'm finding tend to be necromantic: preserve a corpse, manipulate more than one corpse at a time, etc. Now, I never set out to focus on corpses or animation magic, but it turns out the dudes we've been fighting have had that kind of magic. And these rituals interest me. Without meaning to I've turned into a necromancer!

At that monastery my character was just trying to subtly find out if he might get a spell component there, but to everyone else I was asking bizarre and possibly threatening questions. It didn't help their squeamishness when later my DM had us encounter the dried-but-living husk of a monk of the air whereupon I cut out his liver with his permission.

I don't know if my DM improvised that last bit or what, but it was great. Normally my character puts up with party goals in the odd chance that I might find scrolls or old books, but this time the party was uneasy about what I was doing and went along so that I will aid them in the future.

Great huh? An evil party squicked out by their own mage.
Posted by Telecanter at 8:25 PM