Hit points are finite.  In a resource management game, hit points are the ultimate resource.  When they run out, you die. 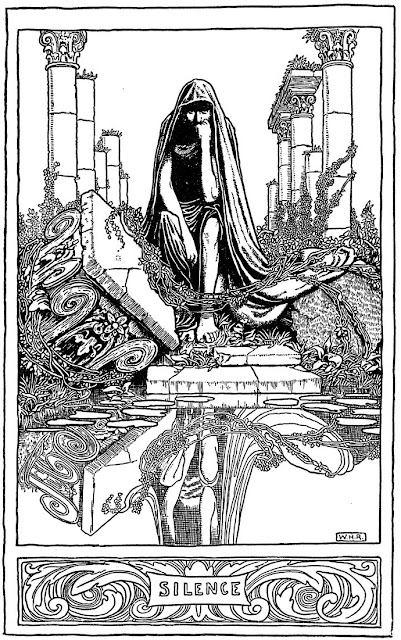 But even playing with the system as written there are underlying assumptions that need to be taken into account for it to work:

Death is Impartial
First, it requires the assumption that the DM is not an adversary of the players.  The DM is a judge.  Death will not occur on a whim. If hit points are a resource for players to manage, management means having choices about when to expend a resource or not.  Death results from an accumulation of player choices.

Of course there are a few complications here.  One is that the DM designs the adventure world.  And a beginning DM especially, may make mistakes about how powerful the monsters a party encounters are or how difficult it is for a party to replenish its resources.  Nothing is learned without errors, so every DM should expect to be responsible for a few "bad" character deaths.  But even if we were to change the system there is no way to avoid DM errors like these. We have to have faith that a DM will learn from these when they happen.

And players make errors.  Not all choices on how to expend resources will be good choices.  In fact, much of the beginning of the rpg experience is really about figuring out what characters can and can't do, what they should and shouldn't do.  But again, this will happen with any system.  And in a way, death is an essential form of feedback: "Never ask a dragon to show you their power!"  Of course, this presumes DMs help newer players understand how their actions led to their demise.

Another complication is that in order for a DM to be a neutral judge and not just an orchestrator of protagonists, the system employs randomness.  And that randomness can result in dire circumstances for a party.  The problem is that if we ignore one dice roll we've injected partiality into the system.  For every following dice roll, the DM will now be required to decide if they should intervene or not.  That seems a tiresome direction to go down. Perhaps we can explore some ways to ameliorate this problem in a moment.

But, first, another assumption that follows from the idea that death results from player choices:

Seeing the Pale Rider
If hit points are a resource for players to manage, then players need to be able to manage them. Players must know a choice is at hand, that they may be about to lose hit points, that they are flirting with death.

So, insta-kill traps, while they might be a part of the game's culture, actually work against the system by making death too easy, by taking away a player's choice (I think you can see the system sort of schizophrenically recognising a problem with losing all of such an important resource at once when it grants saving throws to things we would normally consider instant death, like being poisoned).

Even insta-traps that are not deadly are problematic in that they still leave players with no choice.  Yes, they are wearing down a resource, but the only real choice being given to players is: "Should we continue exploring or go back to the tavern." That's why I think Ben Robbin's suggestion to telegraph a trap is so important.  When players know a trap is present they can decide to try and avoid it, investigate it, even see if they can set it off safely.  In essence, the trap becomes more exploration.

This can be a problem in a funhouse dungeon.  If turning a door knob one way opens a door but turning it the other turns a character into a jello triceratops, a player's only real decision is: "Okay whose turn is it to open the door?"

I've explored the idea of how to give players clues as to what to expect, something I called decision sign posts.  I also struggled with how to present players with odd and wondrous things that still have some underlying reason to them.  The idea being that as exploration continues players might gain more and more useful knowledge to aid in their decisions, each success making ultimate success, survival, more likely.  Maybe you can still have your jell-dino door handles, but they always trigger when turned clockwise.

The Wages of Death
So, we act as neutral judges and do our best to make choices clear to players but death will still happen.  And death isn't fun.  Trollsmyth notes it can be anticlimactic, Zak, that it's really barring a player from playing the game they wanted to play for a certain amount of time.

So what can we do about this?

You might ignore death completely, but then I think you're playing a game of exploring characters rather than exploring with characters.  A game that, while maybe fun, is probably better suited by a different system of rules.

You might try to replace hit points with another equally important resource, Christian mentions players being motivated by losing, what I'd call, "face" in the comments here. Other ideas might include being scarred (à la the video game Fable), maimed, or losing something of value.

Death is Universal
I like the idea of players being motivated by the fear of losing things other than their life.  But there are several problems here. The threat of death is easy to understand.

From the DM's perspective, i.e. what matters to a player?  I know continuing to play the game does.  What else?  Perhaps one player won't give a whit if they're humiliated by a villain or if their village is threatened. And Alexis points out the problem of assuming taking something from pcs will matter.

I suppose as a DM I could watch for what matters to players and act against those things. The positives to that approach would include working with what players bring to the table and the artistry of impromptu play.  But the downside is that it seems to put the DM into an adversarial role.  Will anything the players make, buy, or care about automatically become a target?  That sounds as frustrating as losing a character to death.

The threat of death is also easy to understand from the player's perspective.  All of the alternative ways to add tension suffer from being hard to predict.  And that interferes with the idea of player choice mentioned above. Are all combats in your world essentially duels that lead to loss of honor? How will a player know? Is this combatant the one that is so angry he's actually trying to kill the player?  What is the chance of getting maimed versus dying?  And is getting maimed just a less courageous way of dealing out consequences in game: "You only lost your leg, you can still play if you want, of course, combat will be very difficult from now on."

Death Matters
I think the best we can do is to try and work against the anti-climax of death.  Make a death matter, even as the player rolls up a new character, but how?  Zak suggests making it a plot hook, by which I think he means something will happen because of this death.  Perhaps a relative of the deceased will arrive.  Perhaps the faction dynamics in a town or dungeon will shift.  Perhaps the rest of the party gets pissed and wants to do something about it.

I liked the way Zak narrated the death experience to players as dreams.  This was mysterious to me and seemed to turn death from a full stop to an ellipsis.

I wonder if having players mortally wounded occasionally would be interesting.  Knowing they were dying in a matter of rounds, what would players have their characters do or say?

I think there might some merit in the idea that characters can inherit from a player's previous dead characters.  Remembering that players make mistakes too, accumulating resources might mitigate the sting of death through bad choices while giving a little bit of a buffer to the new character's survival.

I really like Jeff Rient's ideas of Heroic Sendoffs and Vengeance Oaths.  In fact, I'd forgotten about them until today (and thinking some version of them should have been in the house rules compilation).  Both of these allow players to turn character deaths into opportunities.  Death grants players new choices.

How else might we keep the benefits of death in-game while ameliorating its anti-climax?
Posted by Telecanter at 11:31 AM