The sodden temple has 50 brass urns in a certain room. I rolled on the chart you helped me make an, lo and behold, I got entry 30.  That was The Rubberduck's contribution and is reminiscent of a certain recent pirate movie's gold.

So, I went hunting around for some coin images that aren't photos and aren't too simplistic (I really like handing out stuff to players).

Now, keep in mind that I have been stressing to the players over and over that all the statuary and all the reliefs in this temple have had their heads systematically effaced.  Why?  I don't know, seemed creepy, as if the original temple was so bad that the forces of good went through and defaced it before sinking it purposefully under the waves of the bay.

Check out the coins I found: 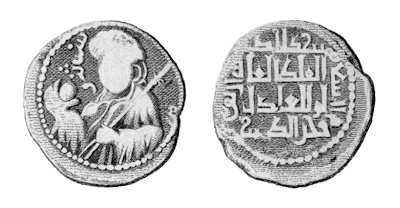 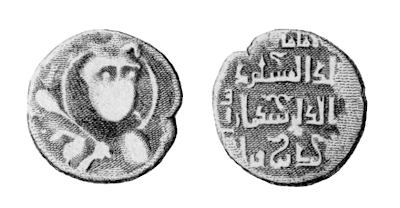 No faces.  I know these have been rubbed off, but I can say they were patiently, purposefully rubbed off.  Think of the work that would take, hundreds of monks sitting quietly, rubbing evil faces off coins.

Here are a few more that could be useful for ancient terrors: 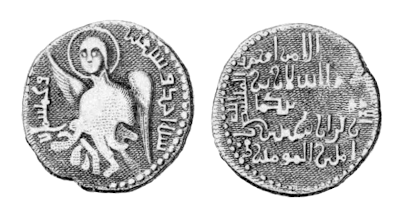 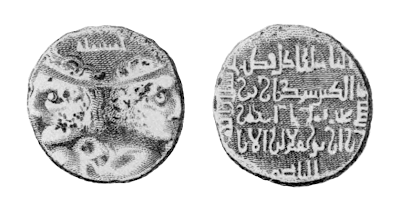 That first looks like some winged-tentacle thing and the second looks like a two-headed creature, or perhaps a creature that shifts from one form to another.

Of course you'll kind of tip off players if you only throw them a print out of coins when they are significant, but as I mentioned, I tend to do it anyway to signify different ancient culture's coins, different region's coins, etc.

The coins are from here.

Posted by Telecanter at 6:54 PM