Because hill giants were the weakest of the hierarchy of giants set up as adversaries for players climbing in level, much the way humanoids were, they seem pretty weak.  But in folklore they were awe inspiring, these huge humans that would prey on us. Check this guy out: 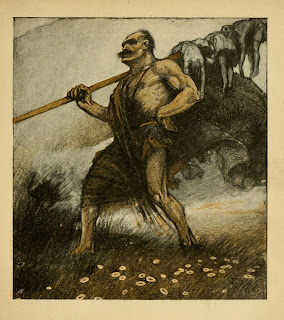