The cool thing about having five or six (seven? eight?) versions of D&D rules (and their clones) to pull from is that their very existence underscores the idea there is no "One Way," that you are, in fact, expected to pick, cut, and whittle a system of your own. 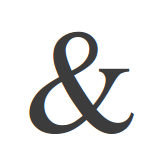 The downside for me is that I'm always getting confused which parts come from where.

On Friday a player asked me how many XP he needed to level up.  I proudly whipped out my visual experience chart.  Confusion ensued.  I realized we had been using the Swords & Wizardry Core progression tables while the chart I made used Swords & Wizardry Whitebox values.  And they were different! (and yes, Labyrinth Lord is different, too)

I've searched several times through the S&W Core rulebooks for spells with no luck, to have it finally dawn on me that they were introduced in 1st edition.  Sanctuary is one of my favorites of those.  Command is another.

During a game at the SoCal Mini-Con I was asked to pick a magic item for my character (we were starting at higher level).  I chose Robe of Wizardry which sounded comfortingly familiar, but then realized I didn't remember ever seeing such a thing-- Charm, Hold, and Polymorph powers in one item of clothing?!  Turns out it was introduced in the Greyhawk supplement of OD&D as a Wizard's Robe, and disappeared thereafter.

Have you ever been tripped up by the plethora of versions?  Looked for a spell or magic item in the wrong place, maybe had some confusion with monsters from different editions?
Posted by Telecanter at 2:48 PM