This past weekend was a gaming extravaganza.  I had my group's session on Friday night, got to play an indie story game for the first time Saturday, and made up a character and played in a new campaign of Alpha Omega on Sunday night.

I didn't really want to play Sunday.  But the DM is one of the best players in my game-- smart, nice, funny, and the only person I've met that can spontaneously create silly rhyming lyrics as well as me. So I felt socially obligated to give it a try.  He told me more than once that the game was "complicated, but in a good way, it actually gives you more freedom."  I was sceptical to say the least.

I was warned that character creation might take about an hour.  And when I finally sat down with another friend I ran into the first big problem.

The Tekumel Problem
Tekumel is cool, I know people still play it but good luck trying to describe it to a new, non-gamer player.  I think Mr. Maliszewski talked about a game recently being dependent on knowledge of D&D.  Tekumel is like that for me-- you have to understand the concept of classes and races and stats and fantasy avatars before they get complicated by this new game.  Anyway, I think this has all been said before by people, but Alpha Omega was a fresh experience of it for me.

So, what kind of player will I make (because it's new school you have to choose, you can't just let the dice tell you).  I always like wizards but this is a post-apocalyptic world.  I ask my friend:
"Is there magic?"
He says "yeah, sort of. Its called wielding."
I say "Oh.  Is it like psionics?'
"Sort of."
"More like superpowers?"
"Well . . ."

Hmm, so there are a ton of races.  Remnants are humans that have been mutated by raditation, but there is another race whose DNA has been modified intentionally. Something called Mesh?  See this game can't use the same old rpg tropes, everything has a cool name.  There is no internet in the future but the Swarm, no cities, but Arcologies.  I think the apocalypse was caused by meteors striking the earth, but there are these huge angel creatures and it isn't clear whether they are angels, or aliens of some sort.

Get the picture so far?  It is like gamers jaded with existing rpgs mash together every genre they can, to try to still get a thrill.  You've got some fantasy, science fiction, superhero, cryptopunk, and post-apocalypse all swirled into a soup of archetypes.  What character am I supposed to make when I don't even understand the world?

I decided I'd be a robot librarian.  The AIs seemed to have pretty good stats and I could take whole fields of skills, not knowing what might be useful. (note, this is actually a silly approach for a skill-based game.  If you want to be effective, be a combat character and chose only skills that directly effect combat.  Trust me, the system will make them matter no matter how much roleplaying the DM will want to do).

I took the unsophisticated drawback so that I could actually roleplay my ignorance of the world.  Although, it is a little odd that a librarian would be so clueless.  I decided I was a reference librarian that has spent a lot of time in a little room studying the past.  Also, I look like IG-88.  I was a little shocked when I realized no one present knew who IG-88 was!  Anyway, SEO 1337 was born.

4e is so Simple
Look, this part may come off as condescending, but I was doing my best to design my own rpgs when I was a teen.  I had derived stats, and lots of crunch to movement rates, and lots of crunch to how stats mapped to real world abilities.  I don't care about any of that now.  For a reason. You may not agree that it actually gets in the way of play, but you would certainly have to concede it isn't necessary for play if you just sit and watch a session of my current homebrew game and how things work smoothly.

I could go on and on here but in a nutshell in Alpha Omega I found something that made 4e look elegant.  Let me put it this way: six seconds of a combat took 20 real world minutes.

I still had some fun roleplaying my curious robot, but that was outside of combat.  And I always got the sense that at least one of the players there was bored with all that, head down in the huge rule book studying up, waiting for the next combat.

Actually he was the only one present who had a good grasp of the rules (including the DM).  It was interesting to see what joy he had trying to micro-optimize his character for play.  He was most effective at everything: he killed 8 foes in combat while I was studying a turret in our vehicle-- trying to figure it out with the help of the Swarm (I hadn't taken the vehicle weapon systems skill).  When the only wielding character first tried to use his power, Mr. Optimizer had great joy in making a discussion about which wielding power was actually the best and which you shouldn't take because they were weak sauce.

I don't want to begrudge him his joy, I understand that kind of pleasure myself.  I still do some of that min-maxing with computer games.  But, it seems so one-faceted.  If we wanted to "win" the game we would have all made merc characters specialized in melee combat like Mr. Optimizer. But the rest of us had some good laughs at how clueless my robot was, and why our party of mercs included a librarian, mechanic, and rogue surgeon to the detriment of the whole endeavor.

The World is embodied in the Rules
So, to get back to the idea of more rules meaning more freedom. I think the DM meant that here you knew what you could do because it was spelled out for you, while in my game it wasn't.  I could certainly help my players better with this.  And if you've been following my posts you know I'm actually frantically trying to construct the world just in time for the players to interact with it.

But, this idea that rules would help embody the world turned out to be flawed.  The world is infinite.  You will never have enough rules or rulebook space for everything.  We spent 5 minutes of game time trying to figure out which skill the mechanic would have to roll against to try and fix his armor.  And there was no listing of the canisters for his micro-welding torch.  That caused some great consternation: "How much did they cost?  How much did they weigh?"  Mr. Optimizer wondered if they were included in the errata for the game.

So, In the end I'm just surprised that this kind of game, like I was toying with 30 years ago, is still around, still bought, and still capturing the hearts and minds of gamers.  I guess it amounts to people thinking they want something and thinking they are getting it.  What would happen if I stood up next session and said "Look we just spent an hour on a minor combat.  Is that what you want?  Really?  Because I got bored and started surfing the web on my phone."
__________
Have a couple mini-tomb entrances as my coin for joesky: 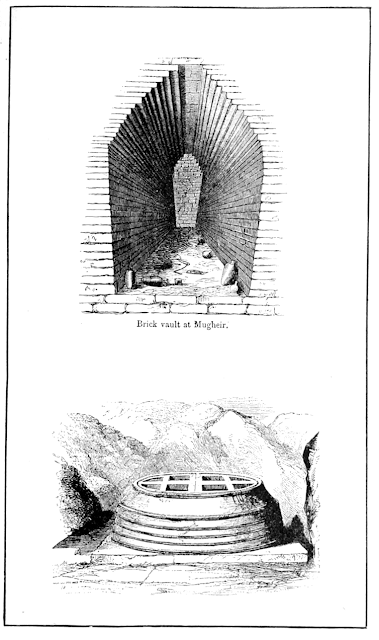 Posted by Telecanter at 8:25 AM