Thanks to ze Bulette for the invite to the Lava Beds National Monument to game in the lava tubes there. He's a nice guy, funny, and great player. He gave me one of his famous Labyrinth Lord Purple Boxes, a copy of Matt Finch's urban encounters, and a Canadian Club dice bag. He has a recap of the caving action and pics up here. It was also great to meet his nephew, at nine, my youngest player ever. Here's what went down:

The party consisted of Ehud of the sands, a mage, and his two female porters; Bodabox the Elf, and his two porters including Nosarie with the filthy habit of picking her nose while commenting on how her employer spent his money; and Scantilous, divine servant of a god of celebration and revelry (or debauchery, depending on your point of view) along with his fabulous father/daughter team of porters- he blind an she weak and sickly, both roped together.

Just off the road into a village the party encountered an old, weathered wagon. It was so weathered it looked as if it was made of drift wood. It was hitched to an ox but sat motionless with two men up front. One looked older and moaned in pain. The party was very leer of ambush and slowly approached gathering little bits of information.

It appeared the moaning man was old and wounded- signs of infection from a bite spreading through his face. The other man was younger, sat motionless and didn't answer to questions. Ehud moved to inspect under a tarp in the back of a wagon finding a wooden statue of a foreign-dressed man pointing west. Scantlious approached the wounded man who grabbed his arm and asked him to care for his son Notrix, while pressing a leather satchel into his hands. The old man expired soon after. 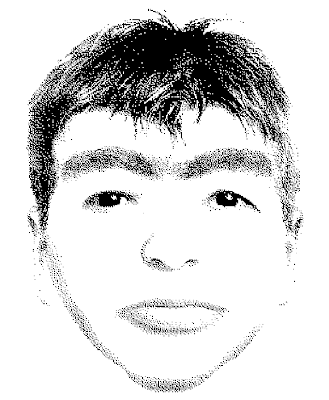 Scantilous' persistant questioning finally elicited a response from the younger man but it was an odd response and the party was surprised; apparently he was in serious shock or godtouched in some way. The leather satchel contained twenty small glass vials of various kinds of white powders and a small bag of worn, glass beads of different colors. Notrix asked for the beads and in the ensuing back and forth Scantilous determined they might have some magical effect when combined with the powders (?). He gave the beads to Ehud for safe keeping.

After moving the corpse of the old man to the back of the wagon Scantilous tested a hypothesis by leading the ox in a circle. Sure enough, the statue in the back remained pointing in the same direction-- it turned on wooden cogs as the wagon turned. At this time Bodabox noticed a worn inscription on the back of the wagon, the only thing still legible: " . . . the last watch tower . . . Josiah 12:5"

The party went into town and asked a tavern keeper about any watch towers. He mentioned a series of watch towers left by an ancient empire and the rumor that one out in the broken lands held a magic bush that's fruit granted immortality when eaten.

Because the parties hirelings were all non-combatants and the Broken Lands to the west were said to be dangerous, Scantilous was interested in finding another sword arm. The provisional plan was to have the elf use his charm person spell on the village smith, but on seeing his grizzled beard and massive frame, Scantilous was worried what he might do if the charm failed. After conversing with the amicable smith the party learned of a local youth who might be willing to travel with them.

Robert son of Robert was found asleep behind a cottage, his crooked, bowl cut hair quite unforgettable. The party woke him and asked if he would be willing to join them. He seemed reluctant at first until Bodabox blurted an offer of 20 gp for his service. He readily agreed, upon which Bodabox earned back some of the money by selling the weaponless youth a battle axe for 10 gold.

After a few more inquiries the party learned there were two dirt roads heading west, one swinging north headed into red wolf territory and one swinging south passed acrosss a great slat flat. They decided a salt flat sounded safer than wolves and spent a few gold provisioning the wagon with 2 barrels of water.

With that, the party was off. The plan was to follow the south road until the wagon's statue pointed north upon which they would leave the road looking for the tower. The road soon turned to glaring white flats for as far as they could see. The sun beating down on them eventually drove them under the wagon's leathern tarp for cover. Robert's son drove for a time until he began complaining of the heat upon which Bodabox took over the reins.

A little later, Bodabox pulled the wagon to a stop on seeing a strange transparent frog. It was a tiny frog, its organs clearly visible through its skin. A debate ensued between Ehud and Scantilous about the frog. Ehud, curious as a mage was intent to collect it as a specimen, Scantilous was leery of any creature surviving in such a harsh environment. 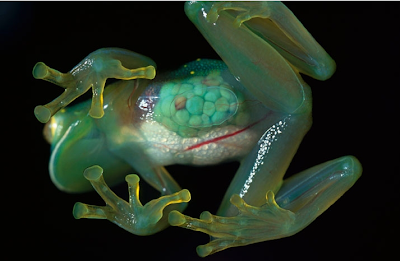 Eventually another frog appeared and leaped at the ox' leg letting out a strange hissing cry. At the cry the slat flats began rippling with movements as hundreds of similar clear frogs began closing on the wagon in concentric circles.
The part immediately whipped the ox into a run and started splashing handfuls of water off of the wagon, which drew the frogs away. They had to slow their speed as the ox began to lather and foam, but at about this point the statue in the back of the wagon was pointing dead north.

The drove the wagon until the broken red rocks made it impossible to go any further. After examining the wagon to determine if they might dismantle it, taking the statue as a way-finder into the broken wastes, they realized it required the turning wheels to work. They would have to leave the wagon and head into the wastes unguided.

Scantilous decided to leave his blind hireling tied to the wagon to care for it and and the ox. He gave him explicit instructions on how to ration out the water over the next three days.

And at that we realized the time, that we might be locked into the cave area, and had to gather up all our gear and scramble back out of the cave and run for the car.

It doesn't seem like much happened, but there was a lot of role playing, some of it quite funny. The party still has to figure out what to make of odd Notrix and the satchel of white vials.

Even though there was no combat and the party didn't make it to a tower or any lava tube caves, it felt pretty dramatic to me, almost like a movie, the tension building. I as a DM am not even sure what might happen, but I have the feeling that any combat could sweep in like a storm, killing many of the weak porters and changing the balance of things in an eye blink.

Thanks again to ze Bulette, his nephew, and my buddy Marcus. Especially to Marcus who had to listen to my caffienated rambling about D&D for about 22 hours of hot driving, haha. But I've got some interesting ideas to post about out of those conversations.
Posted by Telecanter at 1:11 PM