Here's a draft of a pretty simple dungeon that rotates around one axis.  To keep it manageable it will have four states.  The first is the way it looks when the party first enters and pokes around the place: 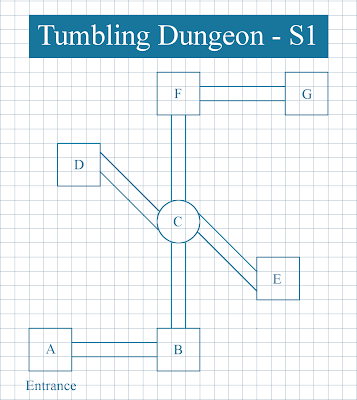 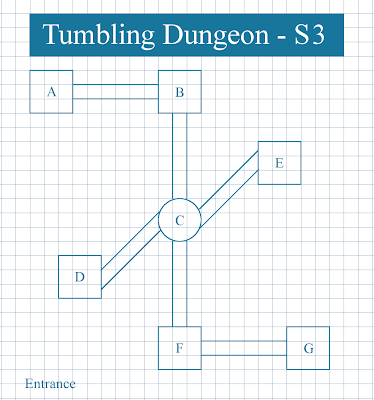 What used to be the floors of all these chambers are now their ceilings.  What goes in those rooms and halls is for another post, but I wanted to try and convey what I had in mind.

Some additional thoughts.  I struggled with doors; at one point I even had a draft map with stairs leading up to the door from each of the four directions.  I think it is simplest to just say the "doors" are square openings in the exact center of the walls.

The central spherical chamber is the reason for the dungeon.  It could be made larger.  I'm toying with the idea of corrugating the walls of those 45 degree halls that become chutes, so that they actually become stairways.  I mean, I'm not trying to make a death trap here.  On the other hand, it might be interesting and nervous-making for players to start sliding down a slick chute.

Update:  Doors are still a problem.  I forgot the rooms as drawn here are 30x30x30, which means a 10x10 opening in the center of the wall is 10 feet off the ground!  I guess we could put rungs leading to the opening from all sides, but that would sort of give away the rotational nature in the first room.  I'll think more about this.
Posted by Telecanter at 11:42 AM