The Angel of Color 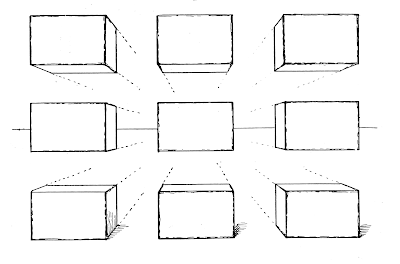 It appears as three rows of perfect, floating cubes.  These cubes are alabaster white.  If touched, they bob a little, but don't move much unless pushed horizontally or vertically toward each other.

When this is done far enough so that the two cubes touch, the cube being touched turns a brilliant color.  Also, all within 30' must save or lose their sense of direction.

Touching a colored cube with a white cube will drain its color leaving them both white. Touching two colored cubes together will make each turn new brilliant colors.

Returning all the cubes to their colorless state will restore a sense of direction to anyone within 30'.

The loss of direction may not be noticeable at first, because it will not affect the creatures ability to move just to conceive.  It will manifest itself in an inability to tell which way left, right, up or down is.  In a room with two doors an affected creature would choose randomly or by features other than direction, "The red one. The small hallway."

I'm thinking for the colors you could go to a hardware store and get some paint color cards.  The idea is not to confuse or trick the players, so you'll need to keep track of which cubes are colored in a way easy for players to see.

It would probably be good to have this in a chamber that isn't close to any right/left hallway or door choices so their predicament takes a while to set in.

I haven't tried this yet, but may this Friday.
Posted by Telecanter at 7:49 AM