The Problem with Psionics

is that it's trying to represent three archetypes at once.  I think this made sense, in that the three have many similarities and are all about "mind over matter."  But there are some differences that become problematic. 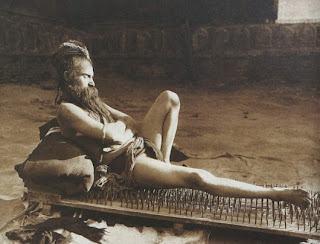 The Ascetic
This archetype is about renunciation, especially of the natural comforts of the body, in exchange for otherworldly powers. These can come from all cultures, but the most vivid imagery seems to come from fakirs, swamis and the western view of yoga. Renouncing, though, is not easy and requires mastering the body and mind.  A swami is "He who knows and is the master of himself."  These masters of yoga would be able to perform incredible feats known as siddhi. (Interestingly, when psionics were introduced in Eldritch Wizardry it was as "powers commonly known here as Yoga" and 18 of the possible devotions were called Siddhis.) 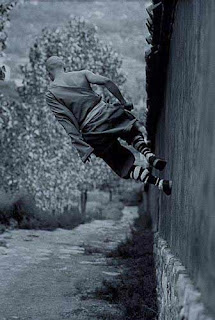 The Warrior Monk
This archetype is about "excellence achieved through long practice," where excellence here means the ability to walk up walls and make part of your body iron-hard.  The mastery of the body is similar to the Ascetic's, but almost always toward martial ends.  The Shaolin monks of Shaw Brother movies and those possessing the abilities of wuxia fall into this category.  (The 1e Monk is an alternate approach at fulfilling this archetype by giving a standard set of wuxia-style powers at predictable levels.) 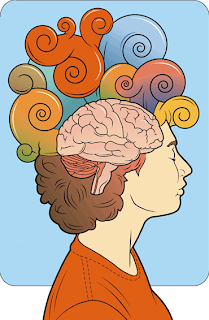 The Psychic
While there have always been seers and fortune tellers, this archetype comes from much later and is related to exploring the hidden powers of the mind. The Psychic's powers are often couched in terms of science and the discovery of abilities existent but unknown.  Like the Warrior Monk, practice can play a big part in mastering this hidden potential.  Unlike the other two archetypes, the Psychic's potential is often portrayed as hereditary.

Similarities
Now, the idea to smoosh these all into one system isn't bad. The archetypes actually share several themes quite strongly.  First, they are all about our minds mastering matter.  Second, there seems to be an element of fatigue involved when exercising these powers.  And finally, the selection of powers available to individuals, while astonishing, are limited in number (sometimes only one). 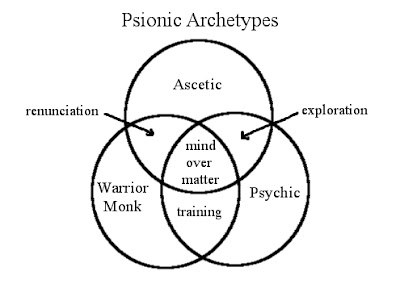 And there is evidence in popular culture of the conflation of these archetypes.  In Master of the Flying Guillotine we see a practitioner of yoga using his abilities to fight in a tournament.  In Star Wars, the Jedi start out more as Warrior Monks but in the prequels the Midichlorians shift them toward hereditary Psychics (notice also the scientific aspect of detecting the presence of the ability).

Differences
But I would argue these conflations are muddled (who liked the midichlorians?).  And there are two very large differences in the archetypes that are hard to ignore.  The first is the hereditary nature of Psychic abilities.  Psionic ability in 1e D&D is based on this premise: that you either have the potential or you don't.  And yet, the lore of the other two archetypes is that through hardwork and sacrifice anyone can unlock these powers.

The other difference is the kind of powers.  I'm guessing that many of you, like me, were surprised the first time reading the 1e PHB's section on psionics by such powers as "body weaponry" or "expansion" because those aren't traditionally psychic powers.

Solution?
So what now?  I think a kind of Choose-Your-Own Psionics is probably possible where you as DM would decide which of the archetypes you are most interested in.  I imagine this as three partially overlapping power lists and, at least, two systems for obtaining powers from them.  Another challenge I think is possible to surmount is designing a mechanic that works well for the idea of powers that fatigue.
Posted by Telecanter at 4:53 PM