I want to make a general template for the perks joining an order or guild will give a character.  I say general, because I want to leave several possibilities open for each class.  In other words there isn't just one mages guild. 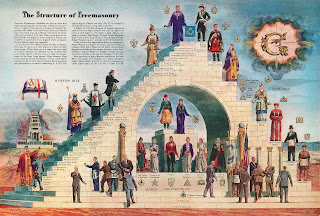 I'm thinking progression though these hierarchies would largely shadow levels.  That there would be certain fees & requirements to advance as well as advantages to being at that level in a hierarchy.

So, what would be perks that you would like as a player?  Here are a few ideas I have:
If I use the idea of interacting with npcs through the 4 playing card suits, some of these could be, not just a one time perk, but a rising level of support.  For example, maybe the order will offer you financial assistance starting at level 5 and the amount of assistance would climb with each level after that.
Posted by Telecanter at 9:08 AM