Here are some 4' x 6' cards to keep track of who's interacting with who in your steamy world of fantasy intrigue.  Here is a pdf.  I realize I was sort of muddling power or decision making structures with personal relationships in my last post (and sure, they are related).  I've made two types of cards the first has a typical pyramid hierarchy like you might expect in a guild or church: 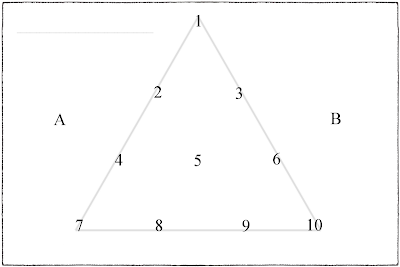 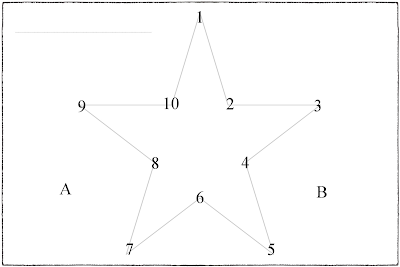 is meant to record things like vendors in a market place, or maybe the players at court, groups of people scheming and interacting but not necessarily in a hierarchy.  Here's the back to record the names of the people involved.  You would probably want individual records for folks if pcs start interacting with them, but this is just meant to be a key to the diagram on the front: 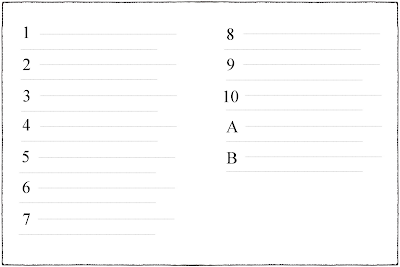 And here is a crude example of how you might use one of these: 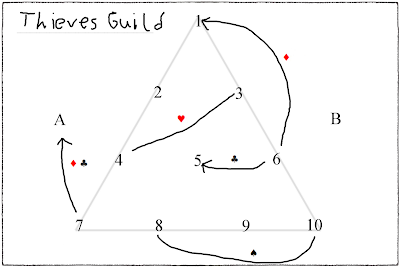 I've used playing card suits as per this post.  I drew a few relationships in certain directions and some going both ways. These can mean whatever makes sense to you.  Maybe 6 owes money to the guildmaster.  Maybe 8 and 10 like getting together to debate while 7 is extorting money from some out-of-guild entity, maybe without permission.

My guess is that, as DMs, you probably would only need these as you generate, we humans seem to be wired to remember this kind of stuff fairly well.  But, these cards could be useful for your players trying to unravel the various power relationships in your world.  And if you want players to engage your world socially, giving them some of these would help send that message to them.
Posted by Telecanter at 11:38 AM