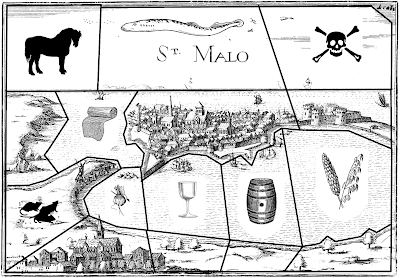 Here is my best shot at making a reality of what I had in my mind.  A cool isometric view of an actual specific port.  Size and layout of sections can generally correspond with importance of results you want to get.  Here are some more ideas:

Posted by Telecanter at 5:59 AM