First, have another centaur: 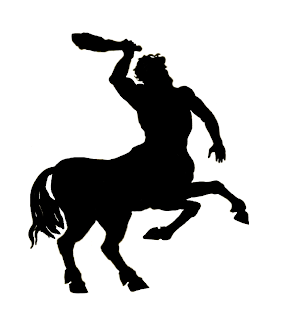 and a sphinx, which oddly enough is not one of the original monsters: 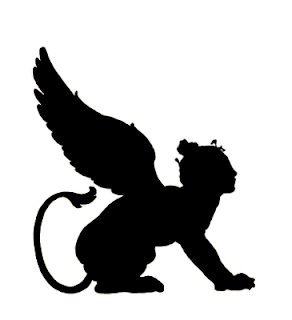 Now, continuing with the OD&D Critters:
Not that imposing, but as always I'll keep an eye out for something better. And for pirate, I think the most iconic representation is going to be in 17th century dress, with firearms.  That won't work for most D&D games.  How about a compromise, and use of the skull and cross bones: 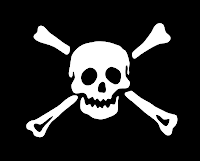 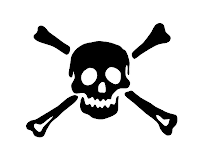 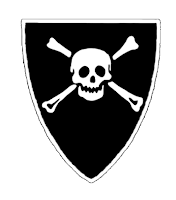 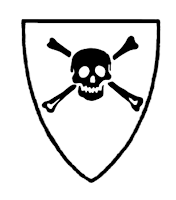 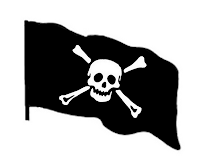 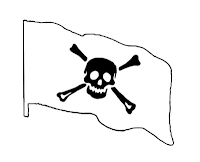 These were made from Emanuel Wynne's flag. God bless Wikipedia. Not really silhouettes, but they should function to mark areas of pirate activity on your campaign maps.
Posted by Telecanter at 8:05 PM