Your Romans, or Thulians, or Atlanteans left traces didn't they? The idea that much knowledge was lost in the dark ages combined with mythical places of strange magical arcana like Atlantis or Lemuria can be hinted at in ruined structures. I like the idea of roads most. What better way for an adventuring party to find the lost ruined cities of those cultures than to stumble across a road and follow it to its origin? 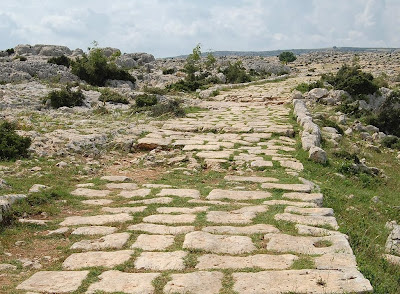 Just the existence of such things lends an air of age and history to a sandbox. It also triggers the inquisitive part of my brain, starting me thinking about what trade travelled on these roads and where is all the wealth generated by said trade. In addition to road fragments I think it would be cool to run across an ancient bridge: 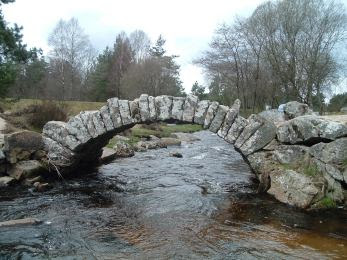 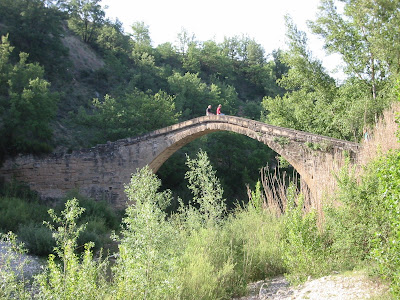 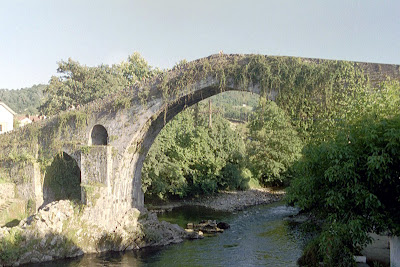 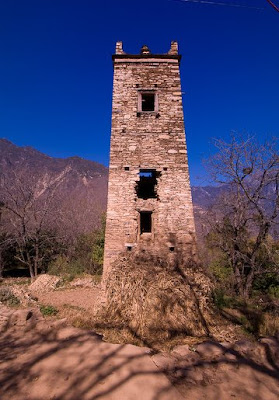 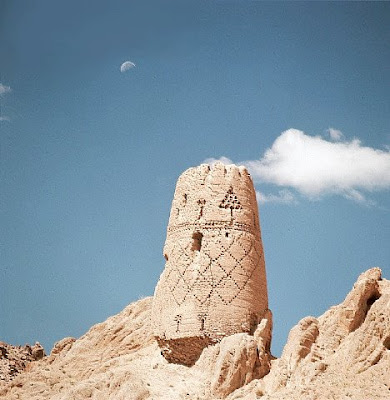 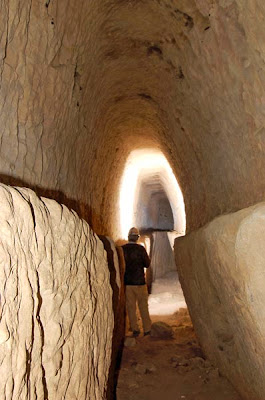 Not tunnels leading to a dungeon, but tunnels as a fragment of civilization. Maybe they serve as a safer way to travel through dangerous territory. The Romans made some very long aqueducts. Read here about one over 100 kilometers long that took more than a century to excavate.

But what about the element of the fantastic? I like the idea of remnants of building that are difficult to discern what they were for. Perhaps they were a hippogriff stable. Perhaps a great summoning circle. Perhaps a cage to keep the tentacled demi-god imprisoned, long since broken. Bat in the Attic has a nice post on lists of kings evoking history in a sandbox. I like the idea of statues or great stone heads of these emperors scattered through the wilderness. Or how about a stone stelae somewhere listing the roll of rulers that must be referenced at various times in the campaign, and each time requires a dangerous journey to the stela.
Posted by Telecanter at 7:43 AM