Did you think you could travel time, traverse the planes, even jam the void with impunity?  That nothing would be noticed, imbalanced?  Many before you have thought the same.  And then the Adjuster came. 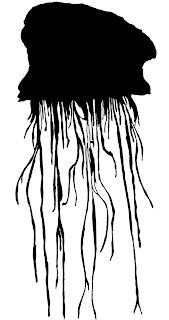 Is there just one?  Is it a race?  None know but that what comes looks like a jellyfish or man-o-war floating, its tentacles flicking over the object of attention while it trills.

And then things happen to them.  Here is a list of possible adjustments, from the trivial to the fatal.  Season to taste.

The idea come from this song by The Octopus Project: